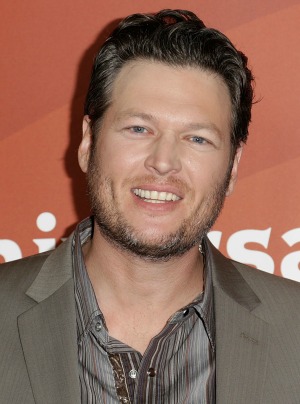 homes and businesses damaged and more than 1,200 buildings completely destroyed.

Right after the disaster, country music star Blake Shelton and his wife Miranda decided that they needed to do something to help. Within days The Voice star put together a concert and it finally airs tonight at 9/8c. The special, called Healing in the Heartland: Relief Benefit Concert, will feature a performance by Shelton as well as appearances by stars such as Miranda Lambert, Reba, Vince Gill, Usher and more.

Tickets for the event were sold through Ticketmaster, but for those who are unable to attend it live, you can still help out the victims in Oklahoma. The concert will raise money for The United Way and you can get involved by going their Facebook page and donating whatever you can throughout the day today as well as during tonight’s broadcast. NBC will telecast the show live on the East Coast beginning at 9 p.m. Eastern Time. Its sister channels CMT, G4, Bravo, Style and E! will broadcast the show either live or on a tape delay later that evening.

The disaster definitely hit close to home for the country singer. A native Oklahoman, Shelton currently lives with his wife in the city of Tishomingo. This isn’t the first time that Shelton has helped out disaster victims from his home state. Shelton singer previously raised funds for Atoka County, Oklahoma, tornado victims in 2011 when he and Reba McEntire generated $500,000 in ticket sales from a two-night concert.

Carrie Underwood has also gotten involved in the cause and recently pledged a $1 million donation to the tornado-ravaged region.

You can help! Go to the United Way Facebook page all day today, and during tonight’s broadcast to make a donation to help the victims in Oklahoma.