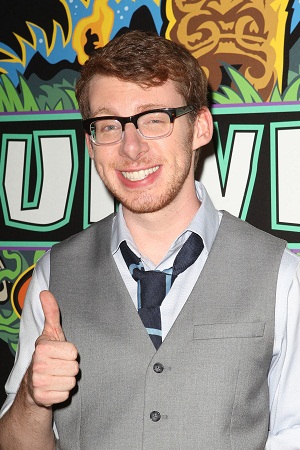 Survivor: Caramoan winner John Cochran may have just won a million bucks, but he’s not giving up his day job. Instead, he’s trading up for a better one. Cochran just landed a gig writing for The Millers, the new Will Arnett comedy.

Survivor‘s Malcolm Freberg: “I wanted to be a villain” >>

What would you do if you spent 40-ish days starving your butt off on a bug-infested island and won $1 million? Most people would probably want to take a little time off from their jobs back home. What does Cochran plan to do after putting that huge chunk of change in the bank? He wants to get right back to work, of course.

He first shared his dreams at the Survivor finale, when he told host Jeff Probst and finale viewers that he would be forgoing a career in law (he studied law at Harvard) and opting, instead, to give writing a try. After the show, he spoke with The Hollywood Reporter a little more about his plan (or lack thereof).

“I’ve always been a good writer in school,” he said. “…Maybe I’ll write some sort of screenplay, or comedy writing. Then I start thinking, am I really that funny, or am I just deluding myself?”

The Millers‘ premise sounds pretty funny. It centers around a recently divorced man (Will Arnett) whose parents suddenly decide to move in. We wonder if he’ll have a kid? Add in a little girl and The Millers could almost be a follow-up to Up All Night! We can’t wait to see how it goes.