The family of Amanda Bynes is concerned she is suffering from a major mental illness — and one supermodel agrees. 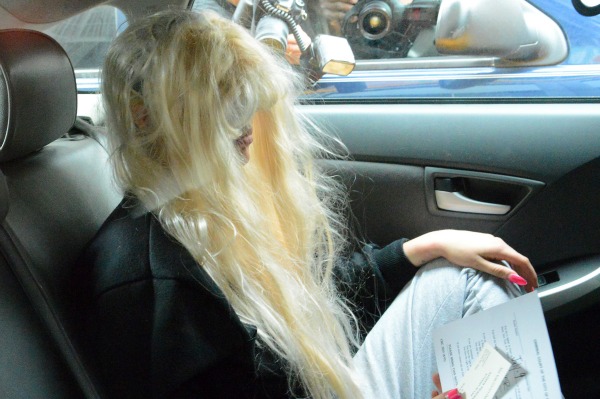 Amanda Bynes certainly has been acting crazy lately, but is she legitimately mentally ill? Sources say her family fears she is suffering from undiagnosed schizophrenia, and her latest Twitter rant certainly lends credence to that theory.

“Amanda has heard voices for years, and was concerned she was being spied on via smoke alarms, and clocks in her home,” a source told Radar Online. “She would cover electronic items because Amanda believed that was the only way she wouldn’t be spied on. It’s extremely sad situation because Amanda just refuses to get help.”

“The fact that Amanda Bynes has any ‘support’ to retweet is really unsettling…Support people with mental illness, yes. But don’t condone/enable scary and poor behavior,” Teigen, 27, tweeted Thursday.

Bynes, also 27, fired back, “Ur not a pretty model compared to me. I signed to Ford models @ age 13. I don’t look up to u beauty wise. I’m far prettier than u! I’m offended that you’re saying I have a mental illness when I show no sign of it, but thankfully not one man that wants me wants you and you are an old ugly model compared to me! You look 45! You’re not pretty so I’m not intimidated by you!”

“I think you’re jealous that you’re just an ugly model whos career is uninspiring! I don’t respect you! You’re no beauty queen! I’m a beauty queen!”

Teigen responded, “Nope. Not going to indulge. Wish the best for her, truly,” and asked her fans not to engage. “Don’t, guys. Just don’t… I never ask anything of you guys but please. I don’t need defending and please stop writing her. It’s not funny, it’s sad.”

Tell us: Do you think Amanda Bynes is mentally ill?