Adam Levine got busted voicing his hatred last night on The Voice — but did he mean our country or country music? 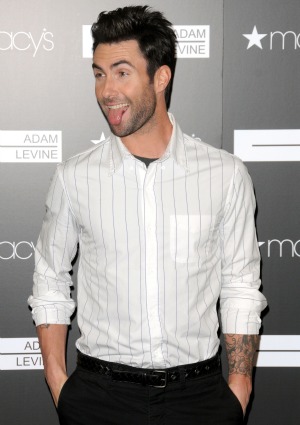 First rule of television: Treat every mic like a hot mic. Adam Levine just learned that the hard way. The Maroon 5 singer finds himself mired in controversy today after an off-hand comment borne of frustration was broadcast to millions of viewers.

The problem started when two out of three of Levine’s singers were voted off The Voice on Tuesday night. As the camera panned over to Blake Shelton, Levine’s mic was still on and caught him muttering what sounded like, “I hate this country!”

The Twitterverse exploded immediately, with some calling for Levine’s immediate deportation (sorry dudes, this is America, and even if you don’t like it, we’re not going to kick you out) and some fans defending the star, saying he was obviously misunderstood and meant that he hates country music.

As for Levine, he wants us to know that what he said was a joke — and to drive the point home posted multiple dictionary definitions to his own Twitter page this morning.

“joke-noun1. something said or done to provoke laughter or cause amusement, as a witticism, a short and amusing anecdote, or prankish act,” he wrote.

Coaches Levine, Usher, and Shakira each have one contestant remaining. Country star Blake Shelton has three.

Hear Adam Levine say “I hate this country” on The Voice