Lose his trademark suit and overcoat? Decide to stay human forever? We speculate on what could happen to Castiel in Supernatural Season 9. 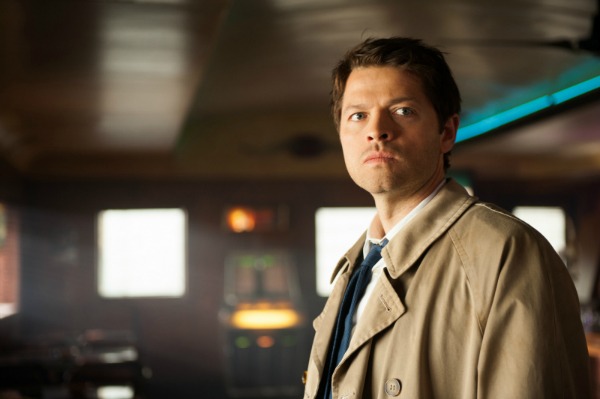 Warning: Major spoilers ahead if you haven’t seen the Supernatural Season 8 finale

With Supernatural just two weeks into its hellatus known as the summer break before the Season 9 finale, we’re starting to look ahead to the next season. Last week, we talked about all the different ways Bobby could return to the show. But what about everyone’s favorite former angel — and now human — Castiel?

Now that he’s wingless and powerless, here are our theories on where we think Castiel (Misha Collins) might go next season.

He could lose the suit and overcoat

We realize this theory could get us thrown out of the fandom, but we implore the Castiel fans out there to bear with us for one second on this one. Sure, Cas is known for his trademark dark suit, tie and tan overcoat, but wouldn’t it be nice to see the character in some other clothes next season? From a logistical standpoint alone, it doesn’t make sense for him to stay in those clothes. As an angel he may have had the ability to clean his outfit with (we assume) a snap of his fingers, but without his abilities, he’s going to have a rough time cleaning that suit and might just have to borrow some jeans and flannel shirts from the boys. Also, on a side note, how adorable would Cas look in jeans and flannel?

He could end up actually happy for once 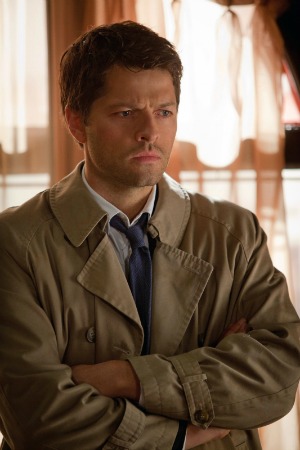 This isn’t the first time that Castiel has lost his angelic abilities. Back in Season 5, Cas was cut off from Heaven, and as he lost more and more of his abilities, he also became more and more human. That time, though, Cas was pretty depressed about the whole process. But what if he’s excited about the prospect of being human this time? Let’s face it — he hasn’t had the best time as an angel and might be looking at his new situation as more of an opportunity than a predicament.

He could go hunting with the boys

This is something we’ve been dying to see since Castiel proved that he wasn’t just a jerk with wings and truly began to bond with the Winchesters, especially Dean (Jensen Ackles). We’ve seen him join the boys on hunts before here and there, but we’re hoping we get to see more of that next season. We’re excited by the idea of the three of them taking on some monsters together, with Cas riding along in the backseat and having to learn how to help out without any of his powers.

He could actually do the right thing

Like we said above, Castiel has definitely had a rough time of it these past few seasons. It seems like every time he tries to do something that he thinks is right, it backfires on him. Whether it’s working with Crowley (Mark Sheppard) or trusting Metatron, whenever Cas goes off on his own, it doesn’t end well. So next season we’d like to see him make a decision that turns out to be the right one.

Want updates about Supernatural sent directly to your email inbox? Sign up for our SheKnows newsletters! >>

He could decide to stay human

Right now we have no idea what’s going to happen in Season 9, but it’s a pretty fair bet that, at some point in the future, Castiel will have a way to get his powers back. It could be as simple as them defeating Metatron and letting all the angels back into Heaven, or Cas could find the grace that Metatron stole from him and swallow it like Anna did when she found hers. But what if Cas chose not to? What if, after living as a human for a while, he decided he’d rather stay that way? We’re quite intrigued by the notion.

What do you think? Got any ideas of what you think Castiel will do in Supernatural Season 9? Let us know in the comments below!