The new gorgeous ladies to join America’s Got Talent, Heidi Klum and Mel B, are talking to SheKnows about their own secret skills. 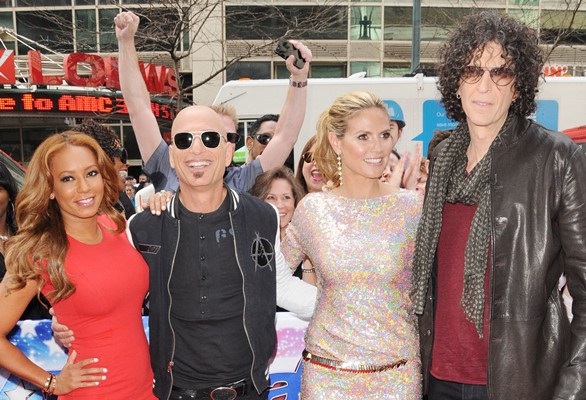 The judges of America’s Got Talent drew an enormous crowd in Los Angeles recently as they held their first round of auditions in Hollywood.

While everyone was excited to see the returning faces of Howie Mandel and Howard Stern, it was the new ladies of the panel that we wanted to hear from.

“I wanted to be part of it because it’s such a fun show,” new judge Heidi Klum told SheKnows. “I’m so excited.”

Klum and former Spice Girls member Mel B are the new kids on the block this season, but Mandel told us they’re fitting in just fine.

“I’m the elder statesman of the judging panel,” said Howie. “I love working with Heidi and Mel. They bring an international flair to what we do. Both women are incredibly strong and opinionated.”

And with their addition to the team, Howie says he thinks this is the best season yet.

“Everything has just gotten bigger, more exciting, more dangerous and more surprising. The talent is just so much more above the game than the past seasons.”

But it’s not just the talent on the stage — Klum shared with us a secret talent she possesses.

“People say that I yodel pretty well,” laughed Klum. “You might see me yodel on the show. We had an alien on the show that was yodeling and I was like, ‘Dude, listen to this.’”

Mel B. says she too has a special skill that most people don’t know about it, but it’s definitely less flashy than Heidi’s.

While she won’t be winning any AGT competitions for that, it’s interesting nonetheless, especially considering Mel is busy taking care of three kids in addition to hosting the popular show, a similarity she shares with mother of four, Heidi.

Heidi told us her kids are pretty talented as well.

“My kids are great dancers and they like to sing,” said Klum. “I’m super-proud of them. But not for this kind of stage, more of the living room stage. My kids do love the show, though, and they’ll come watch.”

Be sure to catch Heidi, Mel and the rest of the gang on America’s Got Talent Season 8, premiering tonight at 8/7c.