Just in case Americans needed another reason to tune in to anything Kennedy-related, Nat Geo tapped two awesome actors to play John and Jackie. 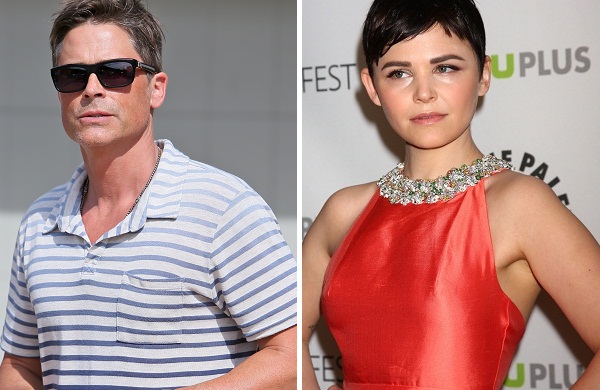 Many a man has stepped up to take on John F. Kennedy’s iconic image in the movies. IMDB claims there have been 22, actually. That’s more actors than have played Batman (seven), Superman (five) and James Bond (eight, from the “official” movie franchise) all put together. While none of those imposters actors have come close to replicating JFK’s charisma and handsome good looks, the square-jawed and charming Greg Kinnear (The Kennedys) has certainly come the closest.

That is, until now.

National Geographic has just picked up the drool-inducing Kennedy-esque Rob Lowe to play President Kennedy in their upcoming TV movie, Killing Kennedy (based on the book by Bill O’Reilly). Lowe already has some White House confidence: Remember his role as the smart and adorable speechwriter Sam Seaborn in The West Wing? As long as he can nail down that accent and JFK’s unique cadence, Lowe will no doubt be Kinnear’s biggest competition for “best JFK impersonation.”

And who will be the cool and statuesque woman by his side, playing the beautiful Jackie Kennedy? None other than Once Upon a Time‘s Ginnifer Goodwin. She’ll be hard-pressed to beat Jeanne Tripplehorn (Grey Gardens) or Katie Holmes‘ (The Kennedys) portrayals. However, if anyone else can conquer that prim, somewhat aloof air of the former first lady, Goodwin stands a chance. She’s absolutely gorgeous, but she has a cold stare that could freeze hot springs.

Lowe and Goodwin aren’t the only cool names attached to Killing Kennedy. It’s also been announced that Gossip Girl‘s Michelle Trachtenberg will be joining the cast and starring in her first Russian-speaking role as Marina Oswald. Trachtenberg’s mother was born in Russia, so the actress can speak the language fluently. That should certainly help add authenticity to the movie.

The teleflick is still quite a way out from airing, but we’re excited at the prospect. The story of Kennedy and his Camelot has been done a million times before, yet never seems to get old.

Want TV news delivered to your inbox? Easy! Sign up for our newsletter >>