Kelly Rowland’s Sunday concert in Washington, D.C. turned into a therapy session when she broke down while performing “Dirty Laundry.” 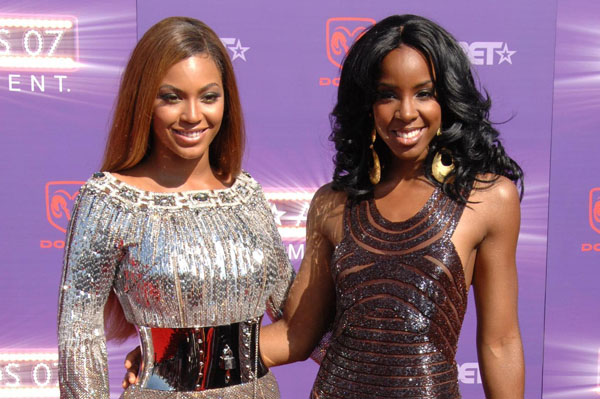 You know those moments when you just can’t stop the tears from flowing, no matter how hard you try? Kelly Rowland had one of those moments during a concert in Washington, D.C. on Sunday.

The former Destiny’s Child singer broke down in tears while singing her new single, “Dirty Laundry.” The song’s lyrics clue us in to her tumultuous relationship with Beyoncé and an abusive romantic relationship.

Are Kelly Rowland and Paulina Rubio joining The X Factor? >>

All the emotion behind the song finally caught up with Rowland during the performance. Fans recorded as she broken down into tears while singing a particularly personal line:

“He pulled me out, he said, ‘Don’t nobody love you but me / Not your mama, not your daddy and especially not Bey’ / He turned me against my sister / I missed ya.”

Rowland then heaved for several seconds while fans screamed her name.

The whole thing was therapeutic for the singer, she told D.C. radio station 93.9 WKYS.

“It’s really weird when you take yourself in front of a crowd. Even in that moment of when I put my feet up, I felt like I was in therapy,” she told the station. “I was singing and talking about what happened, and for a moment, it was like that crowd wasn’t even there. And then when the music stopped… I was like ‘You are live Kel. Calm down.’ And I had to calm down, and in the moment, I had to breathe. You get lost… and it’s nothing wrong with getting lost. But that was weird. That won’t happen again, though. I felt like I could do that with D.C.”

And as for her relationship with Beyoncé now? It seems like time has healed a lot of the jealousy.

Kelly Rowland is the latest victim of the nip slip >>

“It was a form of therapy and I feel like everybody has their version of ‘Dirty Laundry,'” she said of writing the song. “And it’s nothing to be ashamed of because you’re supposed to grown and learn from it like I did. It was the place that I was in… I was so young. My head was completely gone. That’s what happened with my sister. What matters to me most is what we have. I’m so grateful for what we have as sisters… away from Destiny’s Child.”