The Big Bang Theory star Mayim Bialik finalizes her divorce from Michael Stone and the two divide their property as they continue to put their kids first. 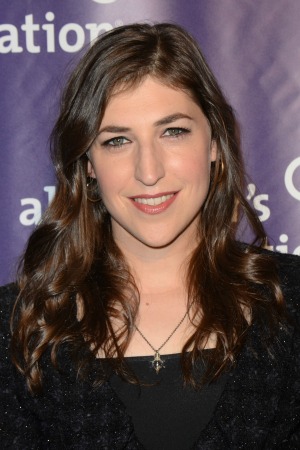 Can your parenting style destroy your marriage? >>

Bialik seems to be taking everything in stride. When the couple split, they reportedly agreed that they were going to put their kids first and so far, they’ve been making good on their promise to each other and things have been going quite peacefully between the two.

“It’s going okay,” Bialik told Us Weekly. “I mean, I have to say, I give both of us a lot of credit for putting our kids first. It’s not easy, but we’re doing okay, so thank God.”

Bialik has received a lot of attention for her belief in attachment parenting and the fact that she breastfed her son Fred until after his 4th birthday. She has posted a lot about her child-rearing beliefs, as well as about the divorce, on her parenting blog, Kveller. Bialik has said that she doesn’t believe her parenting style had anything to do with the dissolution of her marriage.

Are there wedding bells in Big Bang Theory’s future? >>

“[R]elationships are complicated no matter what style of parenting you choose,” Bialik said on her blog. “The main priority for us now is to make the transition to two loving homes as smooth and painless as possible. Our sons deserve parents committed to their growth and health and that’s what we are focusing on.”

Now that it’s all over, is Bialik ready to start dating again? The actress says not quite.