Historical fiction covers a variety of subjects, not just the wives of Henry VIII — but they sure are interesting, as are the many other movers and shakers of Tudor England. A number of authors are looking at this period in new and inventive ways. 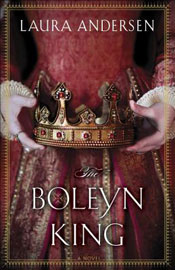 What if Anne Boleyn had given Henry VIII the son he had always wanted? So much would have been different, and so many women might have kept their heads, not only Anne herself but Katherine Howard and Jane Grey as well. Even a more secure line of succession, however, might not have been enough to completely settle a country thrown into religious uproar over Henry’s marriage to Anne in the first place. In this alternate history, Anne’s son, William, becomes king, yet a Catholic faction remains and plots to remove from the throne the young man they see as a bastard. This is the first book in a planned trilogy; the second book, The Boleyn Deceit, is scheduled to be out in November. 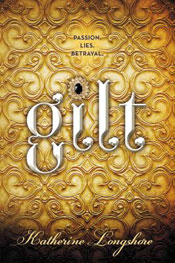 Catherine Howard is one of Henry VIII’s more problematic wives. Accused of adultery, as was her cousin Anne Boleyn, she seems to actually have been guilty — but was she naïve or calculating? Katherine Longshore’s account, told from the perspective of Catherine Howard’s best friend, Kitty Tylney, gives readers a spoiled, manipulative Catherine. Called Cat, Longshore’s Howard is a character you can love to hate and, perhaps most importantly, a young woman who has agency over her own actions. Although Gilt is marketed to young adults, Longshore doesn’t shy away from the more mature aspects of Catherine Howard’s story, creating a book that will appeal to adults and older teens alike. Longshore’s second YA novel dealing with Henry’s court — Tarnish, focusing on Anne Boleyn — will be out later this month.

The Crown and The Chalice 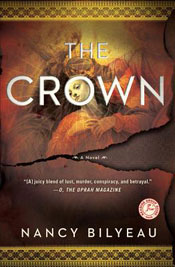 Many works of Tudor fiction touch on Henry’s dissolution of the monasteries after his break with Rome, but not many look at what life was like for the monks and nuns who lost their livelihoods when their religious orders were dissolved. Nancy Bilyeau’s Crown series follows a young Dominican novice named Joanna Stafford who is repeatedly pulled into the intrigues of Tudor England as she attempts to safeguard her family and friends and do what she believes is right. Bilyeau’s first two books, The Crown and The Chalice, are fast-paced novels, virtually unputdownable, not least because they illuminate a part of Tudor history typically left dark.

Wolf Hall and Bring Up the Bodies 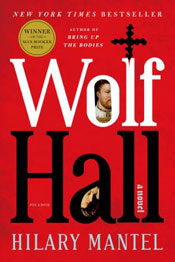 Thomas Cromwell is often considered one of the bad guys of Henry VIII and Anne Boleyn’s story, no matter what perspective it is being told from. As Henry VIII’s lackey, he paved the way for the break from Rome and Henry’s divorce with Catherine, causing religious turmoil and providing the impetus for the dissolution of the monasteries. Later, when Anne failed to provide Henry with the son he wanted, Cromwell was also behind the accusations that led to her beheading. In Mantel’s series, we see the events of Henry’s reign through Cromwell’s own eyes and are finally able to understand him and his motivations.

Sacred Treason and The Roots of Betrayal 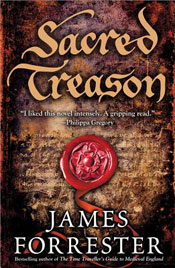 Queen Elizabeth famously claimed she would not make windows into men’s souls, but when it comes to the Catholics in her kingdom, she does not exactly follow through. It is not so much their religion that disturbs her but the fear that they might be loyal to the Pope instead of to the crown. Might they attempt to overthrow her in favor of her cousin, Mary Queen of Scots? Any Catholic could be under suspicion, including William Harley. When a friend shows up at Harley’s door, he finds himself drawn into a plot involving a dangerous manuscript, something that may change his life forever. The last book in this trilogy, The Final Sacrament, will be out in October.