Ben Affleck finally received a college degree, even if it was only an honorary one. The actor was honored on Sunday with a Ph.D. in fine arts from Brown University. 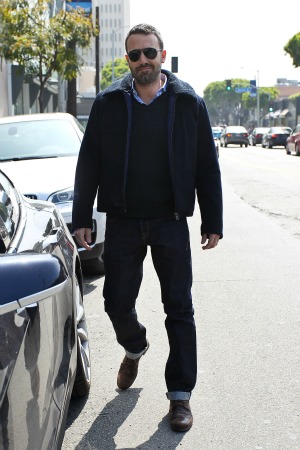 2013 is turning out to be quite a year for Ben Affleck. He won an Oscar for Best Picture for his film Argo, and now he has an honorary doctor of fine arts degree from Brown University in Providence, Rhode Island.

On Sunday, the actor accepted the degree wearing the full traditional graduation garb of a cap and gown with the rest of the class of 2013. After receiving his degree, he stood on stage and took a fun jab at his pal Matt Damon.

Affleck quipped, “This is a spectacular honor for me. Among other things today, in terms of higher education, I passed Matt Damon.”

While Affleck only completed one semester at the University of Vermont and had a short stint at Occidental College, Damon managed to attend four years at Harvard University. He quit just shy of graduation after he erroneously thought the film Geronimo: An American Legend was going to propel his career.

However, Harvard certainly hasn’t forgotten Damon since they awarded him the Harvard Arts Medal in late April.

Perhaps most proud of the honorary degree was Affleck’s mother, Christine.

Speaking about his schoolteacher mom, he said, “This means a lot to her. She never got to see me graduate from any higher education at all. So, Mom, this is for you. I love you.”

While an honorary degree is quite an accolade, the director’s daughter Violet, 7, questioned the merit of it.

Jennifer Garner’s husband recalled their father-daughter conversation, “She said, ‘Why are you doing that, Dad? You went to no classes and did no homework.’ “

That Violet is one smart kid.