Ciara and Nicki Minaj pair up for a collaboration that is not nearly as dramatic as has been reported. 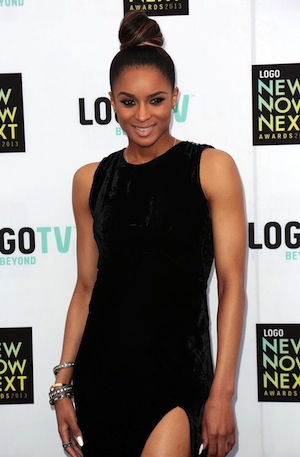 In a page taken directly out of The National Enquirer, the latest and smallest bit of drama emerged on the release of a song. Apparently, Ciara and Rihanna have been feuding, and a line — yes, just one — has stirred the pot.

But take it straight from the horse’s mouth, Ms. Nicki Minaj herself (when she made it clear via Twitter), that Ciara’s latest single, “I’m Out,” is not an attack on Rihanna.

Nicki cleared the air with this lovely message geared to BET on the social network:

Well, now that you are caught up on the drama surrounding Ciara’s most recent try at a “Goodies”-level comeback, we can actually focus on what matters  — the music.

So I made a small jab at Ciara’s inability to drop a hit similar to her freshman debut, but “Body Party” did do a decent job of coming close. While I’m still not convinced this track will surpass fans’ expectations, it is a sassy and fierce track. “I’m Out” appears to be actually less about Rihanna, and more about empowering women post a messy breakup.

Ciara has a “caramel” way of oozing her presence onto a track, doesn’t she? She’s sensual, but full of sex appeal, and brings a summer-ready single to our doorstep pre-packaged for the club. And while I’m usually ready with an artillery of insults against Minaj, she does come close to killing it on this song.

Oh, and in case you care and want to see the famous one line that has got people creating unnecessary and predictable celebrity drama? Nicki raps:

“You gon’ play me, on Instagram trying to shade me”

Rihanna reportedly made jabs at Ciara on the picture-sharing network. Wonder what started it? Ciara doesn’t seem to know. Maybe Rihanna was annoyed at Ciara’s latest pics on what she ate for dinner and lost it? All I know is, I can’t keep up. Their feud has been thought to have stemmed from a 2011 comment Ciara made on E!’s Fashion Police, to which Rihanna retaliated with a harsh tweet.

But if you couldn’t care less for celebrity gossip and care more for new music, and a possible summer hit, check out the track below!

Care about music? Want to stay updated on all the latest news on new releases? Sign up for our newsletter! >>

Get that music playlist summer ready with new music! Check out these reviews: