Singer Chris Brown could be facing jail time for probation violation after giving false information at the scene of a car accident last week. 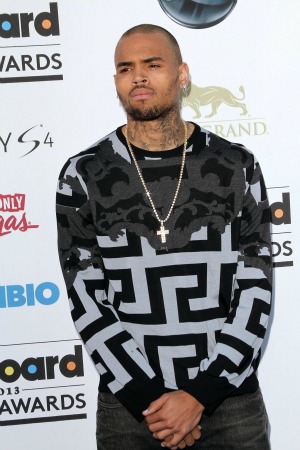 problem for the singer. The LAPD is investigating the accident as a full-blown hit-and-run investigation, according to TMZ.

We hate to say it, but it sounds like Brown brought this all on himself. He reportedly gave the other driver false insurance information and even gave the woman some attitude when she (rightfully) asked for his I.D. We’re sorry Mr. Bigtime Singer, but when you get into a car accident, you have to give the other driver your information. That’s the law of the land and not even you are immune to it.

Brown is already on probation for the beating of singer Rihanna and one condition is that he obey all laws, but it doesn’t sound like he was following that one last week. This current gross error in judgment could cost Brown dearly. If there’s probable cause to believe that he broke the law by leaving the scene of an accident without fully disclosing the legally required information, Brown’s probation could be violated and the singer could go to prison for up to four years.

This isn’t even the first bit of trouble that Brown has had this month. Just a few weeks ago his neighbors complained to the city of Los Angeles to have the singer remove a scary mural from the front of his home. The mural depicted large monster-like creatures with massive teeth, and neighbors reported that the paintings were frightening children in the area. Brown’s lawyer, Mark Geragos, tried to claim that Brown was just expressing his Fifth Amendment rights, but the city ultimately fined the singer for “excessive signage” as local codes prohibit murals on most private properties.