Just a few weeks after announcing her decision to get an elective double mastectomy to reduce her risk of breast cancer, Angelina Jolie’s aunt dies after a second battle with the disease.

It’s a sad day for Angelina Jolie and her family. 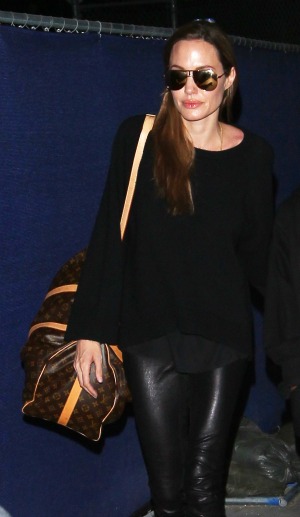 The news has come that Jolie’s aunt has died of breast cancer after two battles with the disease.

Debbie Martin, the sister of Jolie’s late mother Marcheline Bertrand, died Sunday at Palomar Hospital in Escondido, California, just days after being hospitalized, according to her husband Ronald Martin. She was 61.

Just last week it was revealed that Martin had developed the disease a second time after undergoing a lumpectomy in 2004. At the time, Martin was diagnosed with Stage 4 breast cancer, and it returned last year.

Jolie’s uncle told E! News that Jolie couldn’t be with her aunt at the time of her death, but that she has been in touch with the family often.

“Angelina has been in touch throughout the week and her brother Jamie has been with us, giving his support day by day,” Martin said. “They both loved Debbie very much and although Angie is not able to come right now she has sent her love and support, which was very nice.

“We have seen Angelina a number of times since Debbie was diagnosed with breast cancer and Debbie and I were both very proud of her recent decision to have the double mastectomy and to do everything she can to keep her family from having to go through what we’ve been through. Angelina’s father Jon Voight has also been tremendously supportive — he came down to see Debbie last Sunday and spent the whole day, talking with her and sharing his love, and I know Debbie really enjoyed seeing him and talking with him.”

All of this has happened just weeks after Jolie revealed that she had undergone a double mastectomy after discovering that she carries the BRCA1 gene and was at risk to develop breast cancer and ovarian cancer. Jolie’s mother died of ovarian cancer in 2007 at age 56, and word is that Jolie is also planning to undergo surgery to have her ovaries removed to reduce her risk of getting the same disease that took her mother.

Matt Damon: Angelina Jolie is the sexiest woman on earth >>

With word of the latest loss to Jolie’s family, we have to wonder if those who thought that Jolie had taken overly drastic measures might rethink their opinion.