With the premiere of everyone’s favorite football show right around the corner, we take a look at all the juicy drama yet to come on the brand new season of Necessary Roughness, kicking off June 12. 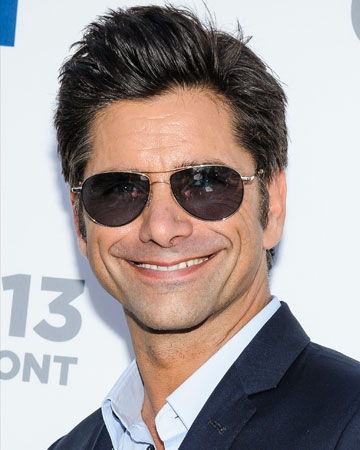 Set to play big shot Connor McClane in the upcoming season, John Stamos has nabbed a recurring guest role as the owner of a very powerful sports and entertainment agency named V3. In an interview with Access Hollywood, he dished a little on his character and what fans can expect to see of him throughout the season:

“I play a character who you sort of think is going to be a nice guy. I run this big agency, sort of an IMG type agency, like maybe a young Richard Branson. Then slowly, you start to find out that he’s into some nefarious activities.”

Dani has a new job, a new boss and a new assistant

Season three is all about new beginnings for Doctor Dani! After getting the boot from the New York Hawks, Dani is of course hired by V3, and her boss is none other than Connor McClane, played by the irresistible John Stamos. That’s not all, though. Dani will also be getting some much-needed (although not necessarily wanted) help on the new season. Karissa Lee Staples has been cast to play the part of her assistant Paloma, a former sorority president who is determined to become a successful businesswoman under Dani’s guidance. However, despite her charm and drive, this assistant may have some ulterior motives and a hidden agenda for wanting to grow Dani’s practice…

Every head honcho needs a sidekick, right? Actor David Anders will appear in all ten episodes of season three as Connor McClane’s go-to guy, Troy Cutler. Having given up much of his personal life for the benefit of his career, Cutler definitely isn’t afraid to get his hands dirty, especially when it comes to business. Naturally, this rubs Dani the wrong way, causing unavoidable conflict.

Uh oh, will T.K. find love at last and finally settle down? If actress Kate Miner’s new character, Sheera Kane, has anything to do with it, it’s highly doubtful! Miner, who will appear in at least four upcoming episodes, is set to portray a sexy and promising new model with a “wild streak” that T.K. develops a keen interest in.

Be sure to tune in to the season premiere on June 12 at 10/9C to catch all the crazy drama!

Which new character are you most excited to see develop this season? Tell us in the comments section below.