Warning: The following is a recap of Mad Men Season 6, episode 9 titled “The Better Half.” If you haven’t seen the episode, reading will only bring you spoilers. 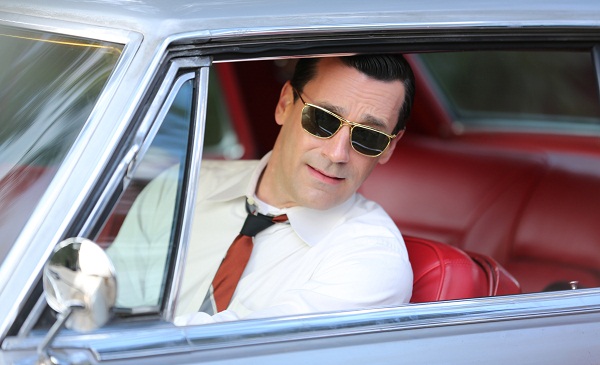 The merger may have seemed like a good idea at midnight after a few bourbons. But in the light of day and heat of summer, things look a whole lot different. As some things get better, others only get worse. Relationships are falling apart… but are others forming in their place?

Life as Don knows it

Work is a b****. Everything Don (Jon Hamm) does seems to rub everyone else the wrong way. Ted comes across as laid-back and encouraging, while Don’s expectations of more, more, more seem to draw the wrath of his employees. By the end of the episode, Ted is referring to Peggy as his protégé, when everyone knows she’s Don’s.

Meanwhile, Don and Megan also continue to drift further apart. She’s floundering at work, and Don just can’t seem to muster any compassion for her situation. Meanwhile, she’s as sweet as sugar and catering to him. She even packs his suitcase for his trip to visit Bobby at camp.

And what about this visit to camp? Remember that time when we told you that the “affair” referred to in the one and only vague preview for Season 6 would be between Don and Betty? Turns out we were right! Don runs into Betty at the gas station just outside of town, and the two end up heading in together. They even enjoy a nice, lighthearted family meal with Bobby. Later that evening, the summer heat gets the better of them. They go from sharing memories and booze to sharing a bed.

The trouble with Peggy

Peggy (Elisabeth Moss) just can’t win, either. Upon returning home to her new place in the ghetto, she stumbles in to find Abe begrudgingly giving his statement to the police after being stabbed. When Peggy reacts with worry and panic, Abe does everything short of calling her a yuppie. Things calm down for a brief moment, only to turn worse. When Abe comes home from work late, he frightens Peggy, who’s at the window watching a commotion on the street. When she whips around to see who has snuck up on her, she stabs him. As he’s rushed to the hospital in an ambulance, he tells her she’ll always be the enemy and breaks up with her.

Work isn’t any better for Pegs. After that surprise kiss with Ted, she pushed it out of her mind. Then Ted accuses her of touching his hand in some sort of intentional way. He confesses he’s thought about how they could be together, but that it could never happen. When Peggy tells him about her breakup, he shows no sign of changing his mind.

(Thank goodness! We’re still rooting for Peggy and Rizzo to get together.) 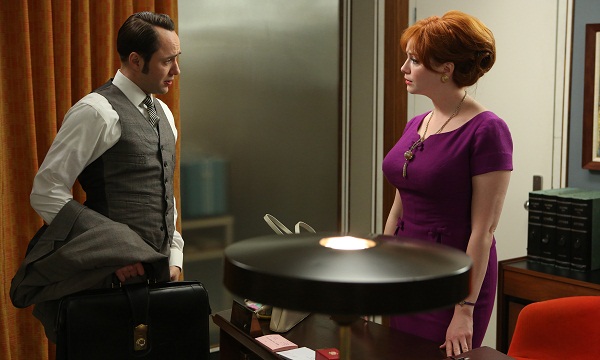 Pete’s (Vincent Kartheiser) senile mother is causing him serious issues. He can’t really afford a nurse, yet he doesn’t want her living with him and doesn’t want to put her in a home. His brother refuses to help and his wife won’t see him, so he doesn’t even have a shoulder to cry on. When he confesses his issues to Joan (Christina Hendricks), a surprising (and minute) moment of tenderness is shared between them.

Later, when Harry tells Pete that he’s working with a headhunter-like person to find him some just-in-case jobs, Pete heads in too. Sadly for Pete, his situation with the company hasn’t improved, and there’s not much the agent can do until Pete steps up his game somehow.

Where the rest of the family stands

Did we miss anything? If so, let us know!