We all know him, we all love him. But how did John Stamos get where he is today? We’ve laid out the highlights of his 30 years in show business, as well as a preview of where you can find him next. 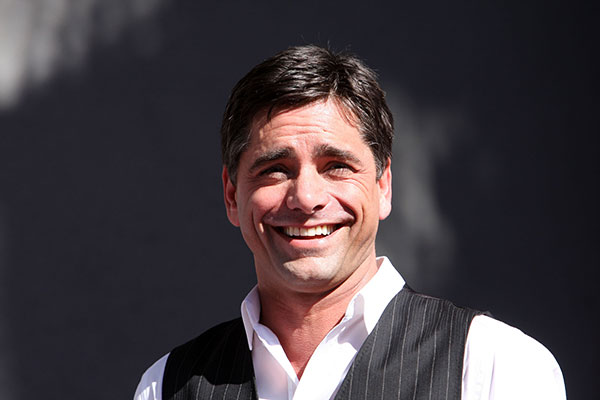 Do you think you know all there is to know about John Stamos? Keep reading and put yourself to the test! He’s been in the biz for over 30 years, and we’ve compiled some of the biggest milestones of his career.

Those thick, dark locks. That tan, chiseled chest. If John Stamos looks like he could be a soap star, that’s because he is! Stamos got his acting start in the early 1980s, playing Blackie Parrish on General Hospital. While he was there, he was nominated for a Daytime Emmy (Outstanding Supporting Actor).

His role as Blackie got him noticed, but he decided to bid soaps goodbye when he landed a role in Dreams, a short-lived sitcom on CBS. Stamos starred as an aspiring musician in a band of the same name.

John Stamos was already a well-known actor, but landing the role of Uncle Jesse on Full House solidified his celebrity status. Stamos was perfect for the role of the motorcycle-riding, Elvis-worshiping teddy bear. He held that role for the entire eight seasons, winning the hearts of women young and old in the process. Even now, he is best known for this role.

Once Full House was over, Stamos was definitely a household name, but he now had a cutesy “family man” image he needed to shed if he was going to keep from being typecast. He starred in a slew of TV movies, many of them airing on the Lifetime network. It wasn’t long before women everywhere were thinking of him less as Uncle Jesse and more as the super-sexy celeb that he is.

In the mid-80s, Stamos started putting his musical talents to use by performing with the Beach Boys. He has accompanied them in several live performances and has appeared in their videos and recordings, as well. His two careers intersected a few times, when the Beach Boys made guest appearances on Full House.

In 1995, the same year Full House ended, Stamos joined the Broadway production How to Succeed in Business Without Really Trying. He later returned to the stage, starring as the emcee in Cabaret. More recently, he returned to Broadway in a production of Bye Bye Birdie.

Making his own way

In 1998, Stamos took his career into his own hands and formed his own production company, St. Amos Productions, mostly to keep himself busy between other gigs. He produced the miniseries Beach Boys: An American Family (2000) and received an Emmy nomination. He also produced MTV’s The Virgin Chronicles (2002) and CBS’s Martin and Lewis (2002).

In 2005, Stamos made the return to primetime by accepting a role on the romantic comedy Jake in Progress and a guest role on ER. In 2006, Jake was canceled, allowing Stamos to join the cast of ER in its thirteenth season. He stayed there until the show was canceled in 2009, playing super-sexy Dr. Tony Gates.

Since ER ended, Stamos has landed guest appearances in a slew of hit series, including Glee, Law and Order: SVU and Two and a Half Men. His most recent gig has been the recurring role of Brice on The New Normal.

He has also created his own web series, called Losing My Virginity with John Stamos, set to premier on Yahoo! sometime next year. In the show, Stamos reunites celebrities with — you guessed it — their first sexual encounter. Can you say awkward?

So what’s he working on now? Stamos’ next big project is joining the cast of USA’s Necessary Roughness in a recurring role. He’ll play Conner McClane, founder of a sports entertainment management company looking to get psychotherapist Dani on his payroll. The third season of Necessary Roughness premiers at 10/9 CST on USA.

We want to know: What was your favorite Uncle Jesse role? Let us know in the comments section below!

Game of Thrones drinking game
What to expext on The Bachelorette this season
Pretty Little Liars sneak peak: Is Ali alive?