One reason why Joss Whedon is our hero? He’s currently writing the Avengers 2 script. 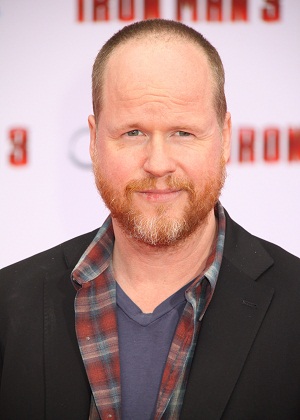 No one move. No one make a sound. Mr. Whedon is working.

As if the recently release of Iron Man 3 weren’t enough. As if we weren’t already incredibly stoked for this November’s release of Thor: The Dark World. We now have yet another reason worthy of needing fangirl diapers: Joss Whedon says he’s currently writing the Avengers 2 script.

Will Emily Blunt be in the Avengers 2 lineup? >>

Whedon even talked about some of his plans while visiting Jimmy Fallon the other night. He said he’s planning to add a few new characters from the comic book team. In particular, he’s looking at Quicksilver and the Scarlet Witch. Quicksilver and Scarlet Witch are twins, the children of Magneto, and both were created by the original comic writers, Stan Lee and Jack Kirby. Like so many comic book characters, the twins are actually crossovers. Quicksilver first appeared in the X-Men stories (premiering in 1964). He didn’t join The Avengers until 2007, in The Mighty Avengers comic book series.

Fans of the first Avengers movie may not all be cool with the additional characters, but there’s light at the end of the tunnel. We’re all obsessed with Tom Hiddleston‘s Loki, right? In the The Mighty Avengers comic books, it was Loki (disguised as “Wanda”) who pulled Quicksilver into the chaos when he kidnapped the silver-haired superhero. If Whedon is setting out to adapt The Mighty Avengers, you can bet that more Hiddleston/Loki will be on the way, too!

Who could play Quicksilver? Well, while hair dye isn’t out of the question, we think Mad Men‘s John Slattery already has the look for the part, assuming he’s up for the challenge.

Join our newsletter and have movie news delivered to your inbox >>

What do you think of the addition of Quicksilver & Scarlet Witch? Would you be down for “The Mighty Avengers”?