Greg Kinnear is the guy we’ve been wanting to spend a weekend with since he first delivered sarcastic commentary in the early days of Talk Soup. But Kinnear quickly proved he wasn’t your average wiseacre. Here we explore the many reasons Greg Kinnear is our favorite brand of Man Candy… 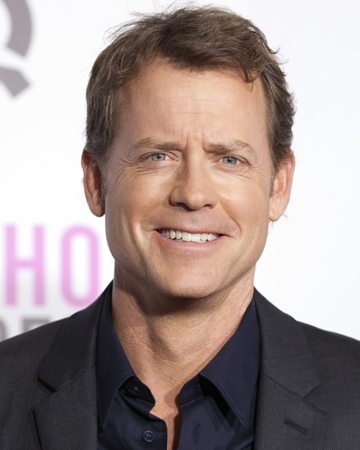 Sarcasm is the refuge of hot guys

Greg Kinnear is the guy we’ve been wanting to spend a weekend with since he first delivered sarcastic commentary in the early days of Talk Soup. But Kinnear quickly proved he wasn’t your average wiseacre.

With his trademark “aw shucks” sideways-grin way, Greg Kinnear has been making us giggle and feel a little lightheaded since his days on Talk Soup.

Greg Kinnear was born in Logansport, Indiana, but didn’t stay there long. His father was a career diplomat with the U.S. State Department which for young Greg meant a seven-year stopover in Greece — where he learned to speak Greek. We’re going to pause to let you read that again. He speaks Greek. Can’t you just hear him murmuring sarcastic comments in Greek in your ear that make you giggle until your stomach hurts? How sexy is that? You know, assuming we understood Greek.

Before moving to Greece, Greg and his family moved to Lebanon. He told Oprah Magazine when he learned his family was moving to Lebanon that he responded with, “’Leba-who?’ I had absolutely no concept of the place… I had spent most of my childhood in Logansport, Indiana, an ideal town for a kid. It snowed in the winter and was hot in the summer… We landed in Lebanon at sunset, and I saw hundreds of people on their knees in prayer, facing Mecca. I immediately had that ‘You’re not in Kansas anymore’ feeling. At the time, they called Beirut the ‘Paris of the Middle East.’ The city was on the Mediterranean, and it was so beautiful. But it seemed strange to me. The country has both a coastline and mountains, so in one day my family could go to the beach in the morning and watch people ski in the afternoon. It was a lot for a 12-year-old to take in… Living overseas was a great gift that taught me a valuable lesson: Always appreciate what you’ve got.” That’s funny. Our mothers taught us the same thing, and we very much appreciate Kinnear’s down-to-earth attitude. 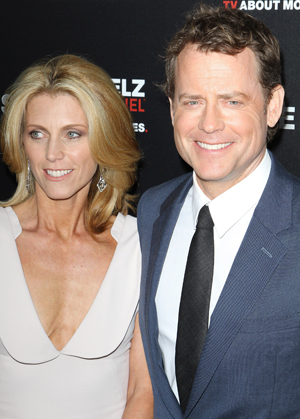 Outside of a few startup gigs, Kinnear got his first big break as host for E!’s Talk Soup in 1994. This may be where we first fell in love with this boy-next-door wonder whose sarcasm had us snorting long after the show was over.

Greg’s star was on the rise, and his stay at Talk Soup was disappointingly brief. After a few somewhat obscure parts, Greg landed on the Hollywood map with movies like You’ve Got Mail, Someone Like You and Nurse Betty. Kinnear proved what a rare hybrid he was when he got an Academy Award nomination for playing the gay neighbor in As Good as It Gets.

We got a healthy dose of our favorite sardonic superstar in the cult classic Little Miss Sunshine. After all ladies, “sarcasm is the refuge of losers.” As Kinnear’s Richard said, “There’s two types of people in this world. There’s winners and there’s losers.” Kinnear is clearly a winner, and a handsome one at that.

So does our talk-show-host-turned-movie-star miss his talk show days? Kinnear told collider.com, “There are times when I do. I do like talking to people.” And we like listening.

Where will we see this multi-medium stud next? He’s headed back to television, a la Kevin Bacon, in Fox’s new series Rake, which will be released later this year. Sigh. And all is right with the world once more.

Greg Kinnear’s sense of humor is at least partially responsible for his diversity and staying power. So now we’d like to bring to you a little thing we like to call “Kinnear-isms.” In an interview with Elle magazine, the reporter had some fun with Kinnear and asked him random questions. When asked if he has any tips for arguing with women, Greg simply (and smartly) answers, “Just one. Lose.” Elle magazine asked if he were to have plastic surgery, which procedure he’d choose, and he replied, “My hips are a little big. I’d go for the hip-o-suction.”

You get the point. Hanging with Kinnear would pretty much have you in stitches all day, which is probably our second favorite way to spend the day.

Greg has been married to former model Helen Labdon since 1999. Their first child was stillborn at five months — the couple has gone on to have three daughters. Few things are sexier than a devoted husband and dad, and Kinnear has that base covered too. When People magazine asked Greg if he had any early precautions for his daughter’s dating years, he joked, “I already have a shotgun underneath my bed. It’s not loaded though, I want to point out.”