Following an intense and critically acclaimed first season, Capt. Sharon Raydor (played by Mary McDonnell) is about to embark on even more pulse-pounding police drama on Major Crimes. If you didn’t watch the first season, the show’s trademark twists and turns will have you hooked from Episode 1. 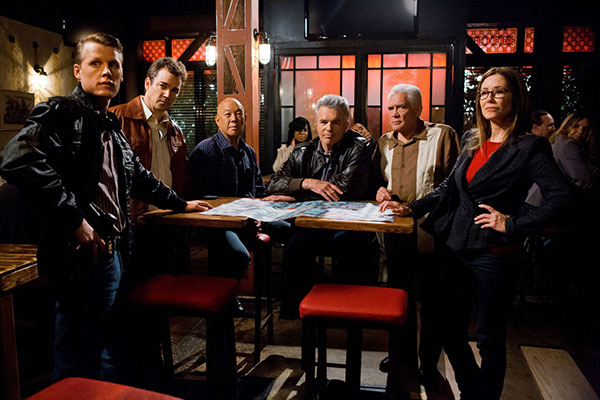 Following an intense and critically acclaimed first season, Capt. Sharon Raydor (played by Mary McDonnell) is about to embark on even more pulse-pounding police drama on Major Crimes. If you didn’t watch the first season, the show’s trademark twists and turns will have you hooked from Episode 1.

There’s also no reason you can’t just pick up the series at the start of Season 2, which premeires on June 10. Just take in these facts about the series and you’ll be good to go (but we know you’ll be watching those back episodes sooner or later.)

Major Crimes was the highest-rated cable drama in 2012

And if you’re already hooked on the show, you know exactly why. A strong female lead directs a workforce of police officers as she settles into her new leadership role. But with great power comes great responsibility, and Raydor’s Los Angeles major crimes unit tackles crime with errors and successes along the way.

It’s a spinoff from The Closer

If you loved the action and suspense on The Closer, the dark drama and intriguing characters definitely carry over from that series to Major Crimes. So have the fans. The Closer series finale ended with 9.1 million viewers watching, and Major Crimes premiered with an audience of 7.18 million. Not bad for “just another spinoff.”

We know you’ve been wondering about Capt. Raydor’s past. Her ex-husband is mentioned in Season 1, but TNT has now confirmed that it’s Tom Berenger — who has starred in Someone to Watch Over Me, The Big Chill and Major League and who was of course nominated for an Emmy for his role on Cheers as Rebecca Howe’s average-Joe love interest. With a résumé like that, no doubt his three-episode stint on Season 2 will be memorable.

And so will Ben Feldman

You know him as mustachioed copywriter Michael Ginsberg on Mad Men, so you know this cutie is well versed in the ways of TV dramas. His résumé also includes fan favorites like TV’s Drop Dead Diva, plus Cloverfield and The Perfect Man on the big screen. He’ll star as Jason Andrews, an up-and-coming television writer going for an informative ride with the LAPD. We also hear that his presence will become a bit of a problem for the roving unit as it dives into ever-more-complex cases.

Season 2 will have almost double the episodes of Season 1

Those who felt the 10-episode first season wasn’t long enough (Give us more!) will have many reasons to celebrate Season 2 — 19 reasons, in fact. This season’s number of episodes will increase from the previously ordered 15 to a fully satisfying 19.

Back for Season 4: Get caught up on Rizzoli & Isles
Series preview: Need-to-know facts about King & Maxwell
Law & Order: SVU‘s Mariska Hargitay will return