Are you ready for Season 2 of Perception? Dr. Pierce will get in your head this season even more than in the first! 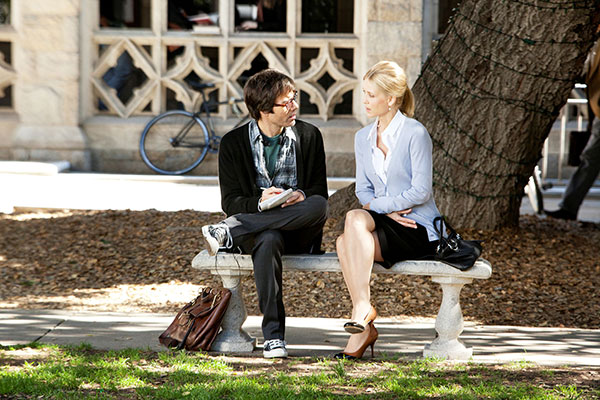 Season 2 is packed with excitement

Are you ready for Season 2 of Perception? Dr. Pierce will get in your head this season even more than in the first!

If you thought Season 1 of TNT’s hit show Perception was fantastic, just wait until you start watching Season 2! The upcoming season is packed with scenarios and characters guaranteed to get in your head and leave you waiting impatiently for the next episode.

Dr. Daniel Pierce (played by Eric McCormack) is a paranoid schizophrenic who also happens to be a neuroscience professor and a consultant for the FBI. He was drawn into crime solving by his former student Kate Moretti (Rachael Leigh Cook), who is now an FBI agent. Pierce is brilliant, but his quirky personality and extreme social anxieties make him downright intriguing. Season 2 will no doubt be filled with hallucinations and delusions as his conspiracy theories continue.

The woman behind the delusion

In the first episode, we learned that Pierce’s best friend, Natalie (played by Kelly Rowan), is actually one of his many delusions. We now know that he created her persona after seeing her across a crowded room 25 years ago but that since then, he has met and befriended the real-life person. In Season 2, we get to see Rowan play both the real and faux characters, and we get to see Pierce deal with having them both around.

Fans have long been rooting for a romantic relationship to develop between Pierce and Moretti. As if the whole teacher/student scenario weren’t enough to make that complicated, the show’s writers have thrown another wrench into the possible romance. Moretti’s soon-to-be ex-husband, slick attorney Donnie (played by Scott Wolf), rolls into town with the new season. He says he’s just there for work, but it won’t take long to figure out he has an alternate agenda involving Kate.

We love the cast that’s already in place for Perception, but it’s always nice when exciting guest stars come in and mix things up. One guest star who’s already been announced for Season 2 is DJ Qualls, best known for his performances in films such as Road Trip, The New Guy and Hustle & Flow. Qualls also stars as Billy in the FX series Legit and has a recurring role on The CW’s Supernatural. His other television credits include Scrubs, Lost, Breaking Bad, Memphis Beat, Criminal Minds and The Big Bang Theory.

Set your DVRs, because new episodes of Perception start this summer. Season 2 premiers June 25 at 10/9c on TNT.

Need to catch up on Season 1 of Perception? Watch full episodes here.

20 hrs ago
by Lily Shell