Was Beatrice a prototype for vampire-slayer Buffy? If you think of fang-banger Buffy as sharp-tongued, crafty and totally sexy, then absolutely! Director Joss Whedon departs from his action-movie career to deliver what may be the best romcom of the summer, Shakespearean style. 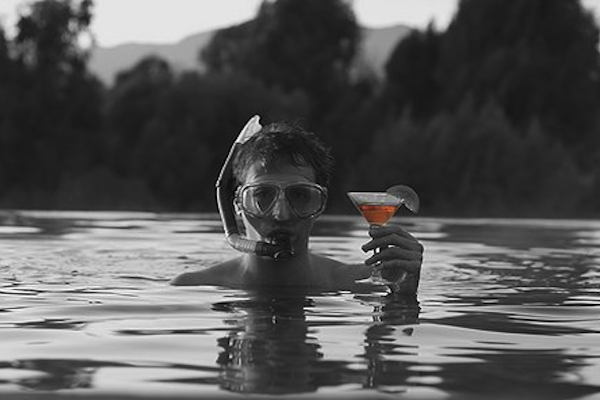 Some Cupids kill with arrows, some with traps. Much Ado About Nothing is a funny yet emotionally charged tale of love and woe that makes it a perfect choice to set in the present day. Shot in a mere 12 days at Joss Whedon’s own house without any true movie stars, this battle-of-the-sexes story may be the sleeper hit of the summer — if Whedon fans are willing to endure two hours of iambic pentameter.

Yes, the script features an edited version of the Bard’s own play, but if stylized Shakespearean speech sounds intimidating, don’t worry: the language is totally accessible, understandable and the best part, truly delightful. After five minutes, I found myself deeply entrenched in the witty humor and relatable characters. And, best of all, it’s a love story. 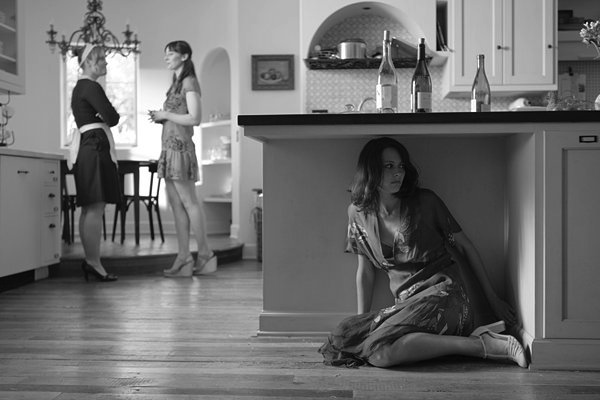 Benedick (Alexis Denisof) is the iconic bachelor with no plans to marry and finds himself at constant odds with the fire-tongued Beatrice (Amy Acker). When their friends conspire to trick them into thinking each one holds a secret torch for the other, their true desires get revealed. Turns out that despite their public disdain for each other, they each have a true need to connect.

Instead of an Italian villa, the story is situated at a luxurious home that has a lived-in feel, adding modern ironies to the story. One scene is played in the bedroom of a little girl next to her Barbie Dreamhouse. The juxtaposition of this iconic dollhouse and the Shakespearean dialogue is simply hilarious.

When Beatrice’s cousin Hero’s (Jillian Morgese) engagement is thwarted by a deceived Claudio (Fran Kranz), much ado is made over a woman’s expectations to be pure and chaste. For a moment, I wondered how Joss Whedon was going to make this issue relevant to today’s post-sexual revolution America. But Beatrice’s “Oh God, that I were a man” speech not only feels modern, it is delivered in a powerful, poignant manner. While women have advanced in society, actress Amy Acker brilliantly exposes the lingering inequality between the sexes. 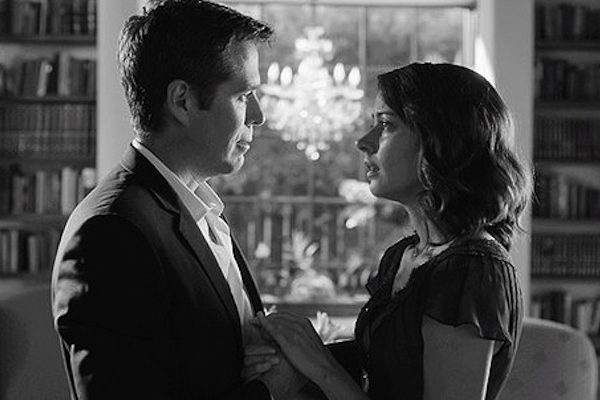 Visually, the movie surprises with its choice of black and white film, as if a nod to history and a simpler time. Whedon’s use of light is spectacular and helps the audience settle in for this stylized cinematic experience.

Bottom line: Much Ado About Nothing is a delightful romp through love and deception, feminine stereotypes and the need for romantic connection. Kudos to Joss Whedon for bringing Shakespeare to a new audience. Enjoy!

Run time is 1 hour, 49 minutes. There is nothing “extra” after the credits.