This crime thriller about a troupe of rebellious — and darn fine-looking — magicians who steal from the rich and give to the poor is chock-full of fabulous plot twists. Isla Fisher, Jesse Eisenberg, Dave Franco and Woody Harrelson master the art of deception. 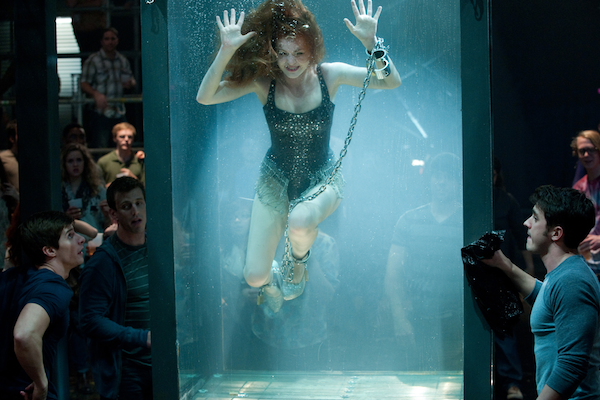 When you get to the end of this movie, you’ll have to go right out to the box office and buy another ticket, because watching Now You See Me twice is the only way to get inside a plot that’s more like a Pandora’s box of deception than a typical heist movie.

Now You See Me is the story of four magicians — aka The Four Horsemen — who use sleight of hand to pull off very complicated heists. The team comes together after a mysterious man in a hoodie prompts them to pull off the biggest magic trick of all: stealing from an international bank in Paris while performing on stage in Las Vegas. Say what? Yes, the Four Horsemen magicians — played by Jesse Eisenberg, Isla Fisher, Dave Franco and Woody Harrelson — manage to break into a French bank remotely and steal millions in euros.

Battle of the flicks: Now You See Me vs. After Earth >> 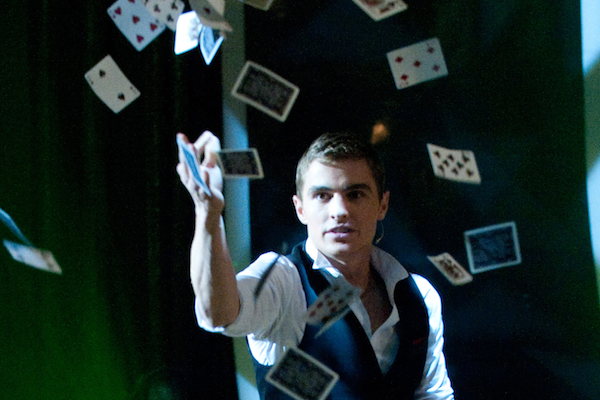 What do the cops think about this? They’re less than pleased when they find out the trick is actually real. The vault in that Paris bank is now empty. When FBI agent Dylan Rhodes (Mark Ruffalo) teams up with Interpol hottie Alma Dray (Mélanie Laurent), catching the bad guys becomes quite the sweet love affair.

If only all was fair in love and magic. When archrivals Arthur Tressler (Michael Caine) and Thaddeus Bradley (Morgan Freeman) roll up with more tricks in their hats, things get complicated for our Horsemen and they’re sent on a mission that’s even more mysterious than they are. 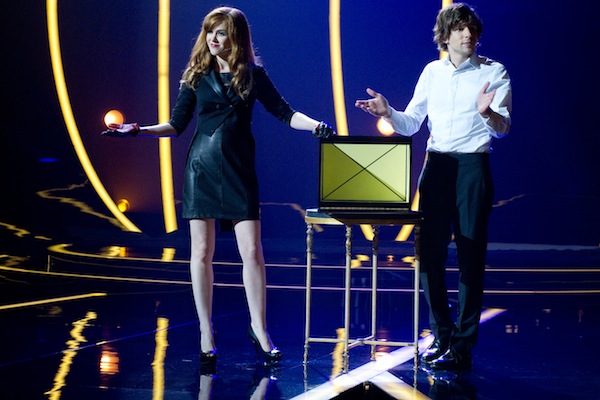 The love story between Ruffalo and Laurent plays like an old Hollywood love affair. Does she trust him, does he trust her, will they kiss? The tricks keep you on the edge of your seat and are modern enough that we haven’t seen them before. And, with the promise that these tricks end in a giant heist, they’re that much more intriguing. Think the sultry attraction of Double Indemnity meets The Italian Job as you stumble happily though this high-octane plot.

Bottom line: If you’re looking for a thriller full of vanishing acts, card tricks and disappearing cash, this magician’s heist flick with a rabbit up its sleeve is worth a trip to the cinema. And, you get to spend almost two hours with the adorable cast. Worth it!