If only real-life mysteries could be wrapped up in an hour, as they are on our favorite detective shows. These five true Hollywood mysteries remain unsolved after years of investigation and speculation. 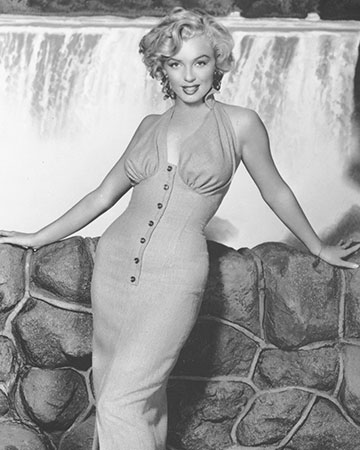 The suicide of Marilyn Monroe

Over 50 years ago, Marilyn Monroe was found dead in her Los Angeles home, her nude body facedown on her bed. The blond bombshell’s death was ruled a “probable suicide” caused by a drug overdose — but even today, many still question the actual events surrounding her untimely death. For one thing, she would have had to swallow 30 sleeping pills to ingest the level of barbiturates found in her body — yet there was no empty glass to be found.

Some think her relationship with the Kennedy brothers may have lead to her demise, perhaps to cover up her alleged affair with JFK. Curiously, witnesses noted that an ambulance came to Monroe’s home the night she died, only to return to the home again later. Some speculate she was alive when taken away by the ambulance and dead when the ambulance returned.

The drowning of Natalie Wood

In November 1981, Hollywood actress Natalie Wood set sail for Catalina Island with her husband, Robert Wagner; her friend Christopher Walken; and the boat’s skipper, Dennis Davern. According to Wagner, his wife fell off their 60-foot yacht during the night and drowned — perhaps while trying to tie up a loose dinghy that had been banging against the boat, interrupting her sleep. At the time, Wood’s death was ruled an accidental drowning, although suspicion lingered around the mysterious circumstances of her death for decades.

In 2011, detectives in the Los Angeles Sheriff’s department reopened her case after Davern published a book with a different account of the night’s events than he had originally reported to investigators. According to Davern, Wood and Wagner got into an argument before her death, complete with shouting and sounds of struggle. In 2012, the Los Angeles coroner’s office changed the cause of Wood’s death from “accidental” to “undetermined,” with the report citing skepticism that Wood (who was afraid of the water and couldn’t swim) would head out into the water in the dark when she could have easily asked the skipper to tie up the dinghy.

The murder of Elizabeth Short

The murder of Elizabeth Short, otherwise known as The Black Dahlia, is one of the oldest unsolved Hollywood mysteries. In 1947, Short’s body was discovered in a vacant lot in South Los Angeles, her torso completely severed, her body drained of blood and her face severely mutilated.

So who was Elizabeth Short? She was an unemployed waitress who some say came to Hollywood to make it big as an actress. Her murder had all the hallmarks to cause a media frenzy: sex, beauty and violence. Following Short’s brutal murder, at least 60 people confessed to the crime, but none were ever found guilty. The Black Dahlia case has since spawned multiple books and movies depicting the mysterious, unsolved Hollywood murder.

The disappearance of Jean Spangler

Two years after the Black Dahlia affair, Hollywood was rocked by the disappearance of another young woman named Jean Spangler. This beautiful 27-year-old actress had achieved a measure of success with small roles in Hollywood films and early television programs. On Oct. 7, 1949, Spangler said good-bye to her sister-in-law and 5-year-old daughter, saying she was going to meet her ex-husband to discuss custody payments and then go work on a film set that night. She never returned. Spangler’s purse was found with torn handles and an unfinished note. The note was addressed to “Kirk” and read, “Can’t wait any longer. Going to see Dr. Scott. It will work best this way while mother is away,” ending with a comma as if it hadn’t been finished.

Spangler was never found. There was speculation that the mysterious Kirk may have been Kirk Douglas, and there were also theories that she was killed by a jealous ex-husband or died due to a botched abortion. The case remains unsolved.

The death of George Reeves

George Reeves, star of the 1950s television series Adventures of Superman, was found dead in his bedroom on June 15, 1959. The 45-year-old Reeves was killed by a bullet through the head. While the police ruled his death a suicide, many believed that Reeves was murdered. After all, why would a successful actor like Reeves, with so much to live for, want to end his life? True, his series had recently been canceled, but Reeves had plenty of prospects and enjoyed great popularity.

The 2006 film Hollywoodland, starring Ben Affleck, examines various theories about the cause of Reeves’ death. Perhaps it had something to do with his affair with the wife of an MGM Studio executive, or perhaps it resulted from an explosive argument with his young fiancée…. or just maybe, it was a suicide scenario after all.

Check out the book Hollywood’s Unsolved Mysteries by John Austin — it delves into 10 of Hollywood’s most famous unsolved mysteries.