Prince is bringing a new hard-rock sound to his fans with the video for his latest track, “Fixurlifeup” 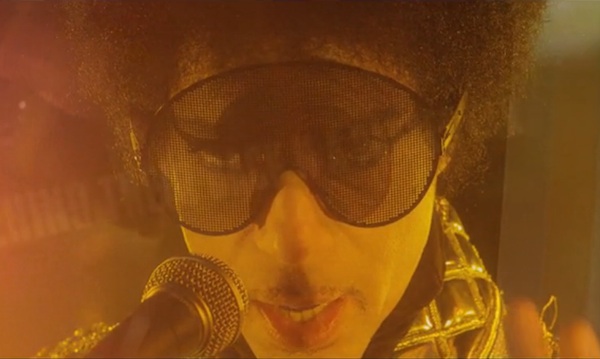 If you watched the Billboard Music Awards, you no doubt saw Prince perform his new track, “Fixurlifeup.”

Well, now the video has hit the web, and he’s taking his views to the masses.

Why Prince deserves to be called an icon >>

I’m glad that we have artists like Prince who, after over 30 years in the business, are still taking risks and changing their sound. “Fixurlifeup” is not like the ’80s pop “When Doves Cry” Prince you hear on the radio. This change is due to his new band, 3rd Eye Girl.

3rd Eye Girl’s hard-hitting drums and hard-rock shredding guitars bring a much more metal feel to this Prince track than we’ve heard from him before.

These girls can certainly play. There’s no denying that. However, I can’t help but think that they’d fit a bit more with Courtney Love as a lead singer.

While the sound may be new, the lyrics really aren’t any different from those of the countless songs Prince has written before about making the world a better place.

He sings, “You always get the dream that you deserve from what you value the most.”

This evidently is why we need to fix our lives up.

The video’s images tell the story of where we are and where we are headed if we do not fix our lives. Occupy-type protests and the logo of the United Nations are shown while Prince sings, “When the leaders learn how to follow and let all the people lead, instead of everybody getting what they want, they can get what they need.”

By the end of the video, the whole thing devolves into a strange punk/funk jam with words like “justice” and “peace” projected over a white background behind the band.

The video ends with the question “When did the truth become illegal?”

Granted, “Fixurlifeup” offers a simplistic view of making the world a better place through positive thought. But while I appreciate positive messages in songs, it’s hard to believe that merely fixing my life up will lead to some utopian society where everyone gets what they need. But it is a nice hope.

And for his part, I hope Prince makes more music.

Listen to Prince’s new track, “Fixurlifeup,” and let us know what you think in the comments below.