Blake Shelton is helping out his home state of Oklahoma after Monday’s devastating tornado. The benefit concert will take place on May 29 in Oklahoma City. 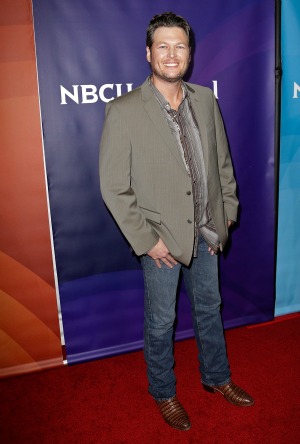 Blake Shelton promised to set up a relief concert for the victims of Monday’s Okalahoma tornado, and he has made good on that promise. On Friday, some of the details of the concert were released.

On May 29, Shelton will headline the Healing in the Heartland: Relief Benefit Concert at the Chesapeake Energy Arena in Oklahoma City. In addition to The Voice judge, country artists Miranda Lambert, Vince Gill and Reba McEntire will also take the stage. More guests are expected to be announced shortly.

For those who cannot join the concert in person, NBC will telecast the show live on the East Coast beginning at 9 p.m. Eastern Time. Its sister channels CMT, G4, Bravo, Style and E! will broadcast the show either live or on a tape delay later that evening.

In a press release, Shelton shared his thoughts on the benefit: “Everyone has their way to help, and mine as an entertainer is to perform to help raise money and awareness for this tragedy. This is why I want to do this special and especially hold it in Oklahoma City, which is near ground zero.”

Funds raised from the event will go directly to the United Way of Central Oklahoma May Tornadoes Relief Fund. The monies will benefit the immediate and long-term recovery of those affected in the Moore, Oklahoma, area.

The disaster has hit close to home for the country singer. A native Oklahoman, Shelton currently resides with his wife in the city of Tishomingo. The “God Gave Me You” singer previously raised funds for Atoka County, Oklahoma, tornado victims in 2011. He and Reba McEntire generated $500,000 in ticket sales from that two-night concert.

Tickets for Wednesday’s concert can be purchased through Ticketmaster beginning on Saturday at 11 a.m. ET for $25 apiece.