Actress Debra Messing is opening up in the June issue of More magazine about her divorce and why she feels guilty about the end of her marriage. 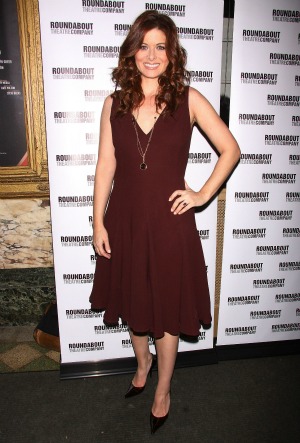 Divorce isn’t easy for any couple — just ask Debra Messing. In the June issue of More magazine, the actress is sharing her own personal challenges with the end of her marriage to writer Daniel Zelman.

The couple married in September 2000 and had one child together: Roman, now 9. When they announced their divorce in June 2012, Messing and Zelman had already been separated for close to two years. The court papers listed irreconcilable differences as the reason for the end of their marriage.

Now, the former Will & Grace star is revealing why their union didn’t work out.

She shared, “We both wanted it to last forever, and it’s a sad thing that it wasn’t able to go the course.”

It’s very clear that the failed marriage weighs heavily on the star because she wanted her son to grow up in two-parent household like she did.

Messing said, “Part of me will always contend with guilt that I wasn’t able to give my son the fantasy that my parents were able to give me.”

One big challenge to the family unit was the distance. The couple lived on opposite coasts for three years since Zelman was on the East Coast writing for the show Damages while Messing was on the West Coast. Her move to New York to shoot the NBC Broadway drama Smash came too late to save their marriage.

“We really tried,” she revealed, “We made sacrifices and compromises, and in the end we both realized that we like the day-to-day domestic life.”

The good news is that the divorce is amicable and the duo have made every attempt to spend time together as a family for the benefit of their son.

Messing said, “Now we are co-parenting beautifully… We had Thanksgiving together. In my mind, we will be a nuclear family forever.”

The 44-year-old actress is currently dating her former Smash costar Will Chase.