Classes at Monsters University are almost in session. Next month, Mike and Sulley return for another frightful-yet-hilarious adventure. Here’s a new clip featuring the young duo in action.

Related story 5 Ways The Conners Is Different From Roseanne 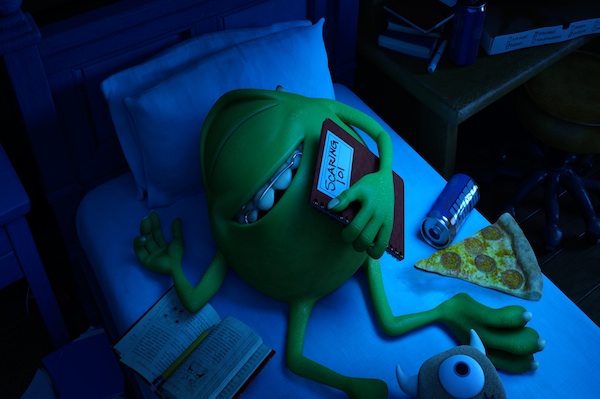 Disney’s Pixar has released a new clip from this summer’s Monsters University. The movie is a prequel to 2001’s Monsters, Inc., which means it’s been over a decade in the making. Thankfully, Mike (Billy Crystal) and Sulley (John Goodman) are back, or at least a version of them is.

As you might suspect, Monsters University centers on the good old days. It’s set back when Mike was heading to college and excited about becoming a scarer. While there, he meets Sulley, who’s his exact opposite. In the beginning, they don’t like each other. Their personalities clash, but they have to put their issues aside if they want to achieve their goals.

Monsters University: The prequel to Mike and Sulley’s friendship >>

The following clip reveals the duo’s living arrangement. They share a small dorm room, which leaves little to no personal space. After a long night, Mike is having some sweet dreams that are rudely interrupted by an alarm and Sulley’s hand.

Watch the clip below

Since Sulley’s the bigger monster, we’re not sure why he’s on the top bunk. Also, his arms are long and his palms are huge. Can you blame Mike for mistaking one of them for a head?

The film is directed by Dan Scanlon and opens in theaters June 21.