Steve Nash’s ex-wife Alejandra claims he won’t let her move from Phoenix to Los Angeles because he wants to avoid the possibility of paying child support. Could it be true or does Nash already take enough financial responsibility for his kids? 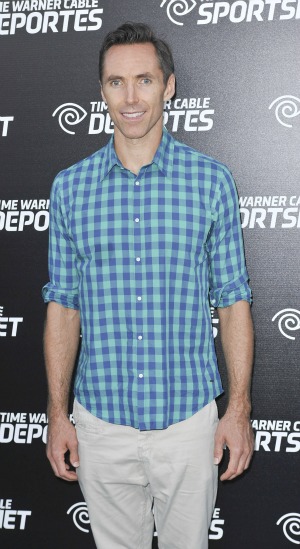 filed for divorce just one day after Alejandra gave birth to their third child. Rumors began flying immediately that the reason for the divorce was that Nash didn’t believe he was the father of the baby. But both Nash and his ex have kept pretty much mum on the subject, so it’s unclear if the rumors were true or not, though Alejandra did say in an interview that little Matteo was planned.

Steve Nash moves to the Lakers to be a good dad >>

The latest news about the couple is even more bizarre. TMZ reports that Alejandra is saying that her ex won’t allow her to move from Phoenix to Los Angeles with their children. Nash is reportedly fighting the move, telling Alejandra that he might be traded or forced into retirement. But she’s convinced the real reason he doesn’t want her to move from Phoenix is because California courts are likely to impose huge child support obligations against him — something the Phoenix courts have not done.

Not that Nash doesn’t support his children; the b-baller reportedly pays 90 percent for his children’s school, hobbies and medical expenses, as well as 82 percent of the nanny’s $2,000 monthly salary. Nash claimed that he didn’t want to pay more because he was worried that his kids might get spoiled by luxuries and called his ex an “excessive spender.”

There’s no way to know right now who will win this particular battle and whether or not Alejandra will move to L.A. and force Nash to pay for child support. For now, all we know is that a judge has issued a restraining order, prohibiting Alejandra from moving west until their trial, which is scheduled for next week.