John Stamos may not have won an Emmy for his role as Uncle Jesse on the television show Full House, but he sure had some great lines that are now permanently stored in the subconscious of a generation of young women. Check out our list of Uncle Jesse-isms if you want to take a walk down memory lane. 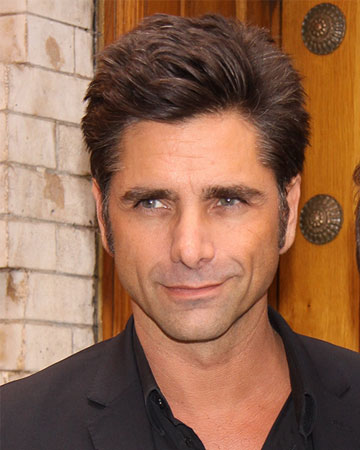 Perhaps his most famous line, Uncle Jesse uttered “Have mercy!” every time he saw or kissed a hot chick. Once he settled down with his wife, Becky, he naturally reserved his signature phrase for her. Try using the line on your next date and report back in the Comments section. It’ll be fun.

If you’re looking for clever new ways to answer the phone, since simply saying “hello” is passé, look no further than Uncle Jesse. He tailored his rebellious rock-and-roll persona by wearing leather jackets and answering the phone with a cool “talk to me” rather than a normal human greeting.

The term “capice” is an Italian word that asks for agreement (as in “Take the garbage out, capice?”). This doesn’t make a whole lot of sense for an Uncle Jesse-ism, since his character was supposed to be Greek. Looks like someone in the writer’s room failed to fact check the origins of the phrase, but if we’re just now discovering this a full 18 years after the show was canceled, it probably doesn’t matter anymore.

Uncle Jesse was best known for his rock and roll, his love of family and his passion for his hair. He often talked about his hair products, blow dryer and morning routine, and even told his wife, “When I was born, the doctor slapped me on the butt and gave me a blow dryer.” We find this assertion hard to believe for the seasons in which he sported a mullet.

We literally spent years of our lives tagging the phrase “per se” on the ends of our sentences, a la Uncle Jesse, never knowing what it actually meant. It turns out it means something along the lines of “by itself.” Jesse may or may not have known the phrase’s definition, but it bought him time to think about how to get out of a sticky situation, which was probably the point anyhow.

“Thank ya very much.”

Inexplicably, Uncle Jesse was a huge Elvis fan. He often conjured Elvis’ gesticulations, music and quotes as part of his performances and everyday interactions. One could make the argument that Elvis’ “Thank ya, thank ya very much” has been overused through the years, but that argument would be incorrect. Uncle Jesse was so cool that it was impossible for him to overuse anything.

So, have we missed any Uncle Jesse-isms? If we have, feel free to provide your additions in the Comments section.