It’s no secret that Leonardo DiCaprio is a prize. But is his companionship worth more than a million dollars? Someone at the amfAR Cinema Against AIDS auction thought so. 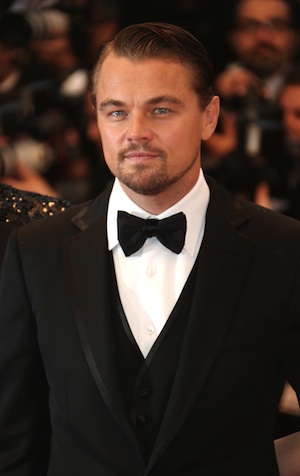 Would you pay more than a million dollars to travel to space with Leonardo DiCaprio? What if it was for a really good cause? That’s exactly what a bidder did at the amfAR Cinema Against AIDS charity dinner in Cannes.

Leo DiCaprio is back on the market >>

According to People, someone coughed up $1.5 million to board the Virgin Galactic with a very special guest — Mr. DiCaprio. After some coaxing, another party purchased a second pair of seats on the same flight for $2.3 million. Something must be in the water over there!

Not only will the winners be DiCaprio’s space companions, but they’ll also train with him. They’ll be side-by-side for three days, while prepping for their trip. The auction, which was emceed by Sharon Stone, easily broke last year’s record. It raised an impressive $25 million, a major jump from 2012’s $11 million.

The initial DiCaprio bidder wasn’t done with the donations. The person forked over another $1.5 million for something called “The Oscars Experience.” What is that, you ask? It’s the opportunity to attend the premiere of DiCaprio and Martin Scorsese‘s next film The Wolf of Wall Street, as well as a date with Heidi Klum.

Would you pay more than a million dollars to spend time with Leo?