American Idol is hiring a Jennifer, but it’s not Lopez. The veteran reality competition is eyeing former contestant Jennifer Hudson. 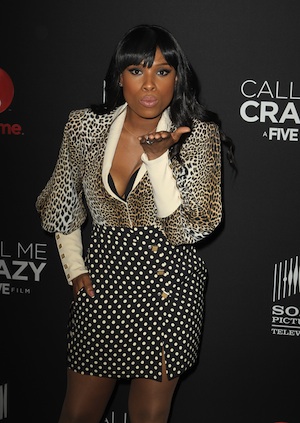 American Idol is going back to its roots. Instead of hiring another flashy superstar to sit at the judge’s table, they’re keeping it in the family. It’s being reported that Oscar and Grammy-winner Jennifer Hudson is joining the show.

According to The Wrap, an insider revealed that Hudson is in negotiations. She’d be filling the vacant seat left by Randy Jackson, who recently announced his departure. Talk about full circle. She’s replacing a man that initially judged her during her stint as a contestant.

It’s no secret that American Idol’s ratings have been in a free fall. The competition has lost its spark. Producers are looking at Hudson and other alums to freshen things up.

Idol is no longer about young unknowns looking for their big break. It’s become a weekly drama centered around its celebrity panel. Fox has yet to confirm whether the rest of the judges (Nicki Minaj, Keith Urban and Mariah Carey) will return. But desperate times call for desperate measures.

American Idol: Is Nicki Minaj out, too? >>

There have been reports that Minaj already has one foot out the door. When it comes to the three judges’ fate, network chairman Kevin Reilly revealed, “Everything is on the table.”