Hey ’90s girls! You need the new Jewel album. It’s probably the soundtrack to your life. 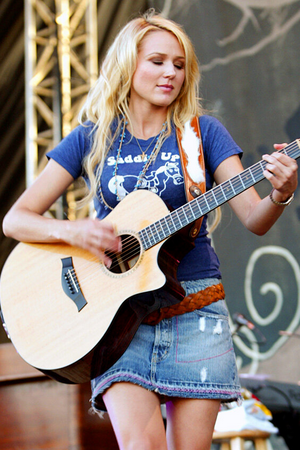 With nearly two decades on the radio, our average reader has almost grown up with Jewel. She was probably in middle or high school when “You Were Meant For Me” hit radio waves and topped Billboard charts.

Since those early days, Jewel has only continued to release deeply truthful music. Just as listeners have grown, so has Jewel. She’s jumped musical genres once or twice, and we have no doubt all changed our own style at least as many times. That hasn’t made her any less timely or any less relatable.

A time line of Jewel’s success >>

Because of her career span, listening to Jewel’s new album Greatest Hits means more than just experiencing her entire career in a one-hourish sitting. Greatest Hits is like re-experiencing your life in 16 songs or less.

The album opens with Jewel’s breakthrough hit, “Who Will Save Your Soul” and follows it with “You Were Meant For Me.” Just as beautiful as the first time we heard them, it’s hard not to get lost in the memories of your life in the ’90s. If you’re anything like the average girl, in your heart you knew “You Were Meant For Me” was written for you and that one soooo cute skater boy in the next grade. (*sigh* Steven Salansky)

Later, when “Intuition” works its way into the album with its first few notes (on the accordion?), how can you not remember Jewel’s (and your own) more rebellious phase? Her tank top got thinner — or in some instances wetter — and her pants lower and tighter. That might have been about the time you rebelled against the fascist regime of your parents and Kool-Aid stained a chunk of your hair (near the back, where it was easy to hide). The lyrics were still as powerful, and even encouraging, but there was a new edge to her… and we loved it.

Jewel’s edge didn’t last forever, though, and her softening is also marked on her Greatest Hits. The inclusion of her version of “Somewhere Over The Rainbow” helps mark another big change in her life, when she became a mama and decided to put our an album of kid-friendly songs and lullabies.

Aside from the tracks we’ve all heard before, there are a few new or re-imagined tracks. “Foolish Games” is back for a second time on the album, this time featuring the vocal talents of Kelly Clarkson. “You Were Meant For Me” also returns, but with the added accompaniment of Miranda Lambert’s band Pistol Annies. Finally, Greatest Hits ends with a stunning new track, “Two Hearts Breaking.” It’s a little more rock than her more recent new music, but it’s full of her typical poetic lyrics and beautiful voice.

If you want a comprehensive look at Jewel’s career that will take you back through the last 20-ish years of your own life, Greatest Hits is it.

Get more music and TV news delivered to your inbox: Join our newsletter >>