One Life to Live is pulling out all the stops for its reboot. The new online soap has brought in the big dogs… or should we say lion? 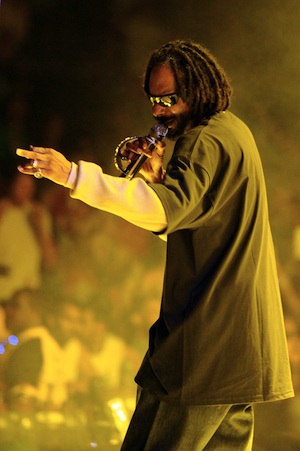 A lot has changed since the last time Snoop Lion visited Llandview. First off, back then he was known as Snoop Dogg. Second, One Life To Live was still thriving on ABC. But after leaving the airwaves in 2012, the soap has returned via The OnLine Network.

If you enjoyed the rapper’s previous stint, you’re in luck. Snoop Lion is coming back for a visit. As expected, he’ll interact with his good friend Bo Buchanan (Robert S. Woods) as well as his troubled son Matthew (Robert Gorrie). But as always, Snoop has to mix business with pleasure.

One Life to Live and All My Children: They’re back! >>

He’ll be in town to promote his new film, Reincarnated, which is about his transformation from Snoop Dogg to Snoop Lion. The movie is currently available on iTunes and in stores now.

This isn’t the first time the rapper has cross-promoted with The OnLine Network and One Life to Live. He produced the show’s new theme song “Brand New Start,” which features the singer IZA. She’s one of the artists signed to Boss Lady Entertainment and Snoop’s Berhane Sound System label.

Snoop Lion’s episodes start airing May 28 and last until June 6. Be sure to watch him and the rest of the cast every Tuesday and Thursday via TOLN.com or Hulu. Each episode contains 30 minutes of the family drama longtime fans love.

Despite the change in medium, the soap has managed to keep most of its original cast. Aside from Woods, Hillary B. Smith, Erika Slezak, Kassie Wesley DePaiva, Jerry Ver Dorn, Robin Strasser and many more reprised their roles.