Frances Bean Cobain isn’t going to sit quietly while Kendall Jenner complains about her life! The daughter of rockers sent a few heated tweets to the reality starlet recently. 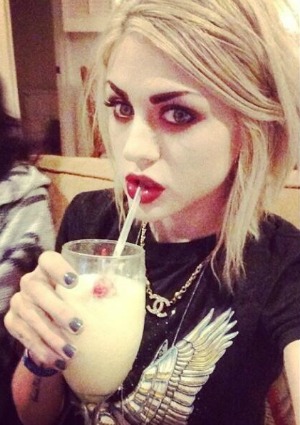 Frances Bean Cobain does not accept that life is hard for Kendall Jenner — or at least isn’t willing to hear her complain when there’s so much else going on in the world!

After the 17-year-old half-sister of the reality royalty Kardashian family tweeted, “just wish things could be easier sometimes mann,” the 20-year-old daughter of Courtney Love let her true feelings be clearly known.

She went on to add, “oh ya, not to mention, CANCER, famine, poverty, draught, disease, natural disasters, Death. F**k, Humans are so self involved.”

Though Frances Bean Cobain sounded plenty sure of herself at the time the tweets were sent, they have since been deleted from her Twitter page.

Kendall Jenner has yet to respond to the attack but has perhaps found a shoulder to lean on within the family. Jeremy Renner previously bashed the “stupid, stupid people” in the Kardashian clan, while actor Jon Hamm asserted Kim is in the “f***ing idiot” club.

It’s rough out there in the limelight!

What do you think of Frances Bean Cobain’s tweets to Kendall Jenner?