Kate Middleton’s bundle of joy is already as famous as its parents. But with all the tabloids in the U.K., how many of the stories can you actually believe? 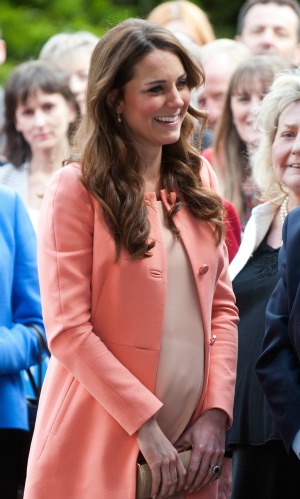 With all eyes on the upcoming royal birth, there is bound to be gossip and rumors about exactly what will happen the day Kate Middleton goes into labor.

One of the most recent rumors, courtesy of Grazia magazine, is that Middleton will be using a technique called hypnobirth.

“Kate has researched various birthing methods,” a source reportedly told the magazine. “She wants it to be natural, so hypnobirthing is one option that appealed and she has been reading up on it and listening to CDs to get into the right frame of mind. Some of her friends have used this method and swear by it. Kate wants to do it her way and to be relaxed.”

If Middleton doesn’t go with the hypnobirthing, the source said she will then be giving birth in water. She has also been reportedly using hypnosis to overcome the severe morning sickness she has been experiencing.

The next rumor comes courtesy of Now Magazine, which is reporting Middleton will be tweeting her birth announcement. Prince William was born in 1982, when things were different. The magazine reports that the palace will still announce the birth in the traditional way: by posting a message on the gates of Buckingham Palace. But it looks like royal officials will also be listing the birth on the Clarence House website, which feeds directly to Twitter. 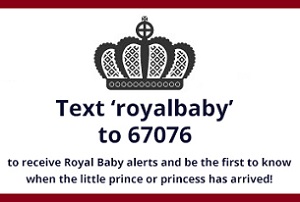 Now Magazine is yet another tabloid, and it sounds like the royal family is not revealing exactly how they will handle the news.

“We haven’t yet made any announcement about how we will announce the birth, but it will not be done exclusively on Twitter,” a palace spokesperson said, according to E! News.

Kate Middleton and Prince William’s baby could be the next king or queen of England, and the news will be big. But the couple is likely keeping many secrets to themselves (and rightly so).

The new royal baby is due to make its appearance in mid-July.

Read more about the royal baby