The Internet’s been buzzing with the controversy surrounding Star Trek Into Darkness. Many claim the film is sexist against women, and director J.J. Abrams is trying to prove them wrong. 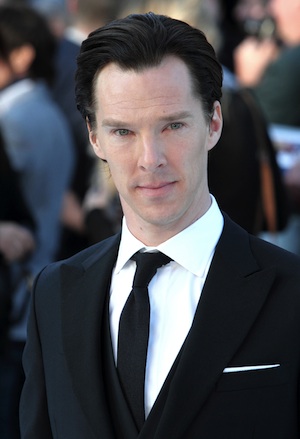 J.J. Abrams is doing his best to fight the misogynistic claims that are overshadowing Star Trek Into Darkness. After the movie opened last weekend, it came under fire for its portrayal of female characters.

Overall, the women in the film have been described as one-dimensional. The major uproar came from a scene featuring Alice Eve‘s Dr. Carol Marcus, who appears in her underwear for no apparent reason.

Exclusive clip: Love is in the air for Star Trek Into Darkness >>

This was something that critics took note of when reviewing the sequel. So much so that both the writers and director quickly caught wind of it. Damon Lindelof, who co-wrote the film, went on to apologize via Twitter.

“I copped to the fact that we should have done a better job of not being gratuitous in our representation of a barely clothed actress… What I’m saying is I hear you, I take responsibility and will be more mindful in the future.”

Lindelof also pointed out that Chris Pine appeared in his underwear in both Star Trek movies; therefore, he didn’t intend for Marcus’ scene to come across as offensive.

As the film’s director, Abrams took a different approach. He recently appeared on Conan and explained that Eve wasn’t the only one to strip down for their role.

As compensation, he brought cut footage that featured Benedict Cumberbatch‘s character taking a shower. In other words, he’s fighting skin with skin.

Check out the deleted scene below:

Star Trek Into Darkness is playing in theaters everywhere.