For Manny Montana, there’s a lot to relate to on Graceland. Not only is the beach scene familiar, but so is his character’s backstory. 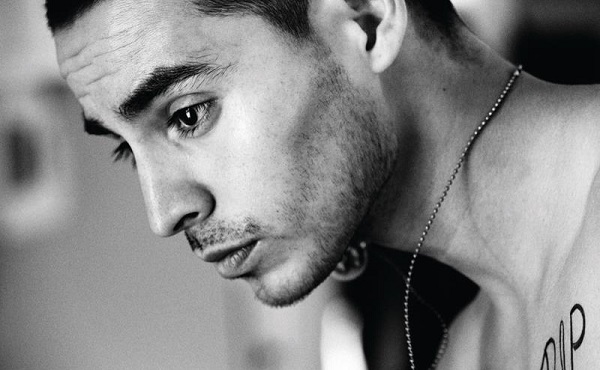 Manny Montana is captivating on and off the screen. When he sits down in front of you at a table, it’s hard to lose focus. He’s no doubt reminiscent of multiple people in your life. Part little brother, part jokester from the back of the class and 100 percent the guy you want at your back when busting down the door to a mob boss’s office. He’s like the best friend you always wished you had… that you would have immediately wanted to turn into a boyfriend. He’s cute, he’s chill and, oh yeah, he surfs.

Montana’s character on Graceland, Johnny, shares a lot of those same attributes… as well as a similar history.

“Johnny, you know what, when I first read the part, I think me and Johnny have a lot in common,” he explained. “I’m from Long Beach, and not the best area in the world, and I had a lot of ghetto friends growing up and I think Johnny was the same way, you know? Just a lot of hood people around him but he’s the one kid that does right. You know, like the Boyz in the Hood movies, the Menace II Society. And I think he, unlike his friends growing up, saw, you know, the cops as friends. And he wanted to do that.” 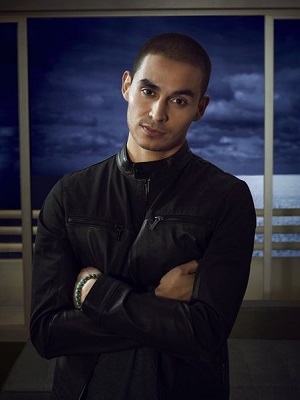 They’re more alike than their histories, too. Since Graceland is set on the coast of California, the agents spend a lot of their downtime surfing. For Montana, no lessons were needed. He’d been doing it for quite a while, thanks to his big brother. While he admitted he originally made fun of the big bro, he soon fell in love with the sport. He’s be surfing for about eight years now.

So, Montana is a surfer, but what about the rest of the cast? Montana said definitely not. He even shared a pretty funny story about his costar Daniel Sunjata‘s first time out on a board.

“It was so funny,” he laughed. “On the pilot, you know, they had this one scene where me, Daniel and Aaron [Tveit, from Les Mis] are in the water, and they were just kind of floating around acting like they know how to surf, and we had this like ten-minute break in between scenes, and Daniel like paddles away from us, saying that he needs like five minutes… We’re all just talking, hanging out, and I look to my right, and Daniel’s just throwing up, just hurling into the water and I’m telling the camera people to get it because it’s just, it’s a beautiful shot ’cause the sun is going down. The sun is going down and you saw he’s silhouetted, and the throw-up is just coming out, it was the best thing.”

To find clips from moments before that upchucking scene, as well as Montana in all his easygoing glory, tune into USA for Graceland‘s premiere on June 6 at 9/8c.

For more television exclusives straight to your inbox, sign up for our newsletter >>