Now that the Nashville Season 1 finale is over, we speculate and give our theories on what might happen in Season 2. 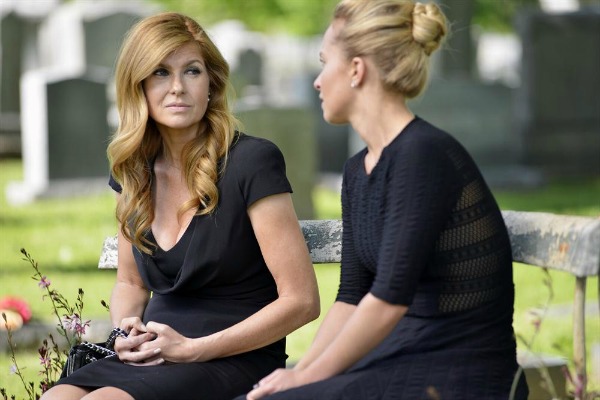 Curious about what might happen in Nashville Season 2? So are we and with the long summer hiatus still ahead of us, we decided to throw out some theories about the next season. Here are a few things we think could happen in Season 2.

Warning: Major spoilers ahead if you haven’t seen the Nashville Season 1 finale. Proceed at your own risk.

Deacon and Rayna get back together

We’re as positive as we can be that both Deacon and Rayna will survive the car accident that happened at the end of the finale, but things are still up in the air when it comes to their rocky relationship. Still, we’re ready to put it on the line and say that these two lovebirds are going to put all their differences aside and end up back in each other’s arms next season. Of course, being who they are, there’s no telling how long they’ll stay that way, but we’re hoping it’s for longer than one or two episodes like this season.

Teddy and Peggy raise their new baby together

Peggy dropped the bomb on Teddy last night when she announced that she was pregnant with his child. We know that Teddy loves his girls and that will never change, but we also know that he has strong feelings for Peggy. He and Rayna are divorced now so why shouldn’t he move on and start another family? It’s going to be hard on both of his kids so we just hope that he can help them through it.

Deacon fights for custody of Maddie 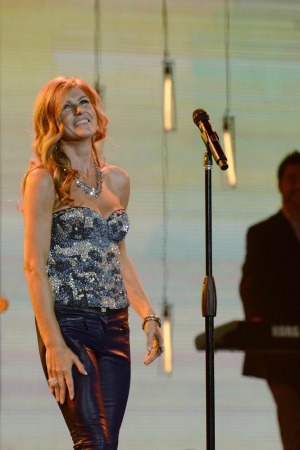 Now that Deacon knows that Maddie is his biological child, and considering that he and Teddy don’t exactly get along, we think there’s a chance that Deacon will ask for custody of her. We don’t think he’ll ask for (or get) full custody, but if Teddy continues to try to keep him away from Maddie, we think Deacon will at least fight for partial custody or visitation rights. What will Maddie think of this? She’s hurt and confused right now, but we know she likes Deacon so we think she’ll be happy to spend a little time getting to know her real daddy.

It was really hard to decide which way to go on this one because it’s just as exciting to imagine Scarlett marrying Gunnar as it is her getting back together with Avery. But we think that Gunnar may have dug himself into a big hole with his recent behavior and it might not be all that easy for Scarlett to forgive him. Also, let’s not forget that Scarlett was with Avery first, so it’s not too far-fetched to think of her going back to him.

This one would surprise us, but it’s just too much fun to think about to not put it out there as a theory. Juliette had one wild ride in Season 1 and seemed hell-bent on behaving like a child every chance she got. But what if all that happened in the final episodes really had an impact on her? That girl has got to grow up sometime and her mother’s death could just be the catalyst to her seeking a new life.

Want to get the latest TV news sent to your email inbox? Subscribe to our SheKnows newsletter! >>

What did you think of the season finale? Got any theories on what you think will happen in Nashville Season 2?