Glee star Lea Michele can now add the title of author to her résumé. On Thursday, it was announced she’ll write a memoir called Brunette Ambition. 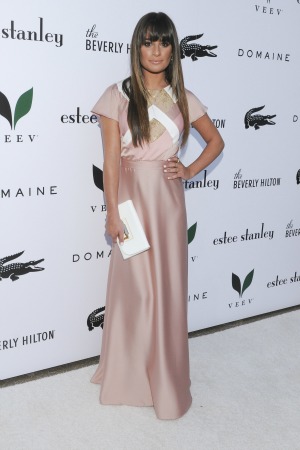 She sings, she dances, she writes. Lea Michele is going to add author to her résumé now that she’s signed by Harmony Books of Random House’s Crown Publishing Group to write a book titled Brunette Ambition.

In a statement on Thursday, the book was described as a “part memoir, part how-to and part style guide.” Michele has spent most of her life in the public eye, so the book will follow her journey “from normal Bronx-born schoolgirl to Broadway child star to lead actress in one of the most popular shows on television.”

The Glee actress was first discovered by Broadway audiences in shows like Ragtime, Spring Awakening and Les Misérables, but it was the character of Rachel Berry that made her a star. For fans, the tome will offer a “behind-the-scenes perspective” as well as “practical advice and lessons.”

Michele said in a press release, “There wasn’t a guidebook when I was growing up that detailed everything I would need to do, and know, to get where I am today. But I believe I can write one of sorts: not a how-to-make-it-in-show-business book, but a guide to harnessing tenacity, passion, enthusiasm and hard work to make your dreams come true.”

Glee had its Season 4 finale on May 9, so Michele can use her summer vacation to write the book. Brunette Ambition is slated for a spring 2014 release.