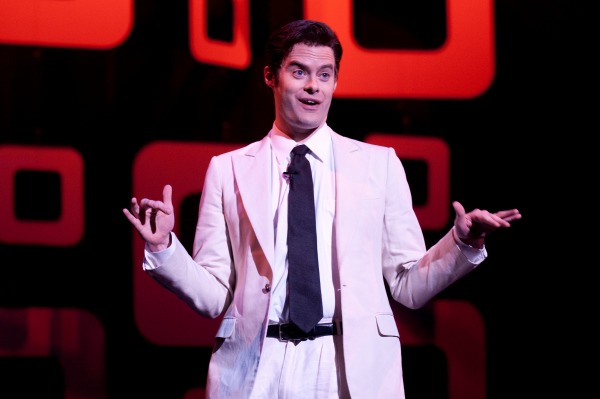 It’s Bieber versus Timberlake in the battle of the Justins as Saturday Night Live hosts. On Wednesday, newly departed SNL cast member Bill Hader stopped by Howard Stern’s show to discuss his exit from the NBC show.

The Sirius XM radio host steered the conversation toward this season’s guest hosts. Stern mentioned Justin Timberlake being a fantastic host. Hader agreed and shared his love for the singer.

Hader said, “He’s great. Also, the guy doesn’t show up with anybody. It’s just him.”

Without prompting, the comedian then launched into a description of another celebrity who appeared on the show this season: Justin Bieber. Hader talked about the Biebs’ army of handlers.

Hader said, “Justin Bieber showed up with like 20 guys. He had a guy holding a slice of pizza. A guy holding a Diet Coke. You’re trying to fight through all these people to get dressed. Timberlake, it was just him. He’s a real class act, that guy.”

This latest behind-the-scenes anecdote adds even more weight to the growing list of celebrities who seem to be tired of the 19-year-old’s antics. Everyone from Jon Bon Jovi to former ‘N Sync singer Joey Fatone have weighed in on Bieber’s behavior.

In fact, Fatone had the best advice that he shared during a HuffPost Live interview.

The former boy band member said, “Don’t be a douche. That’s plain and simple. You get this bug from the celebrity thing, where you’re very on top of the world and everyone’s yessing you to death, so you’re like, ‘I can get away with this. I can do that.'”

Who knows what Bieber is even up to these days since he’s requiring all of his guests to sign a non-disclosure agreement before even stepping into his house. If they fail to abide by the NDA, visitors will be hit with a $5 million penalty.

Sometimes the simplicity of being Timberlake is much easier than employing 20 people to hold your soda like the Biebs.

Hader left SNL after eight seasons. He’ll next be seen in The To Do List with Aubrey Plaza in theaters on July 26.

20 hrs ago
by Araceli Cruz