Halle Berry bump photos are now popping up daily as the actress takes her daughter Nahla to and from school. Check out two very recent, very different maternity looks! 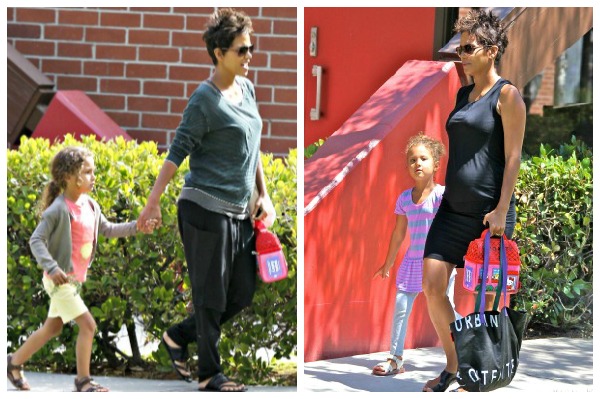 Halle Berry’s bump is now big enough to be caught on camera! The actress, currently pregnant with her and fiancé Olivier Martinez‘s first child together, has been recently spotted taking daughter Nahla to school.

Seen here on two consecutive days, Halle Berry and her baby bump did the school run on Tuesday, May 21, sporting a chic LBD (or little black dress). The curve-hugging garment showed off both her blossoming shape, as well as those famous legs.

Conversely, the 46-year-old was spotted opting for comfort on Wednesday, May 22. As seen in the photo on the left, the X-Men actress strode through Los Angeles near her 5-year-old sweetheart’s school in black sweatpants and a loose-fitting top.

Looking content and stylish as well was Nahla, who doesn’t yet know if she’s having a brother or sister — even though she did put in a request!

“She’s really happy,” the actress previously shared of her daughter’s reaction to the pregnancy news. “Not long ago she asked God for a little sister.”

“This has been the biggest surprise of my life, to tell you the truth,” Halle Berry told CNN after her baby news went public in early April. “Thought I was kind of past the point where this could be a reality for me. So it’s been a big surprise and the most wonderful.”

She added to Entertainment Tonight, “I’m thinking that this is a miracle. I feel really happy. It’s one of the best things that happened in my life, for sure.”

Which of Halle Berry’s maternity looks are you most likely to rock? 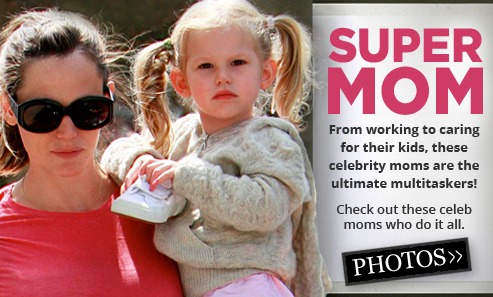