Girls Gone Wild creator Joe Francis has issued a lame sort-of apology for dropping the r-word in a drunken rant against his jury. 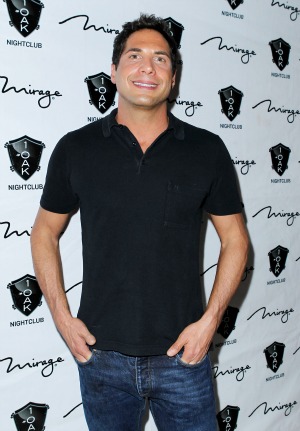 Joe Francis has not quite learned the art of the PR-driven apology. After his remarks calling the jury who convicted him of wrongful imprisonment and assault “f***ing retarded” and saying they should be shot, he’s trying to backtrack — and getting it completely wrong.

In a statement full of qualifications and victimization, Francis attempted to point the finger everywhere else but at himself.

“I deeply regret the remarks attributed to me in the interview with The Hollywood Reporter. They were hurtful and do not reflect my true feelings,” he said in the statement. “While I disagree with the jury’s verdict as I am completely innocent of the charges and intend to appeal, I was afforded a fair trial, and if I lose at the appellate level, I will reluctantly but fully accept the jury’s verdict.”

Madonna is too wild for Joe Francis >>

“This was a 6 hour interview with The Hollywood Reporter where I detailed to the reporter all of the evidence and why I believed the evidence showed I am 100% innocent. The reporter also interviewed my attorney David Houston for over 3 hours, but failed to include one shred of evidence from the trial that proved beyond a reasonable doubt my innocence. I did NOT commit a crime at all whatsoever.”

“All that was publicized were my most intemperate remarks that were borne out of frustration but with no intent to cause anyone harm. I am not, nor have I ever been a violent person,” Francis continued. “My comments are appalling, but anyone who has ever been wrongfully convicted of a crime that they did NOT commit would be as frustrated as I am. I want to apologize to all the jurors, the court, the City Attorney and my attorneys for my comments that were manipulated by the media, and please know I am truly ashamed of my conduct. I am truly, truly sorry. I hope everyone will understand I was not being serious and that I fully and deeply apologize for my remarks.”

Stay up to date with the juiciest Hollywood legal troubles — subscribe to the SheKnows Entertainment newsletter! >>

One of those so-called “retarded” jurors sent an email to Gawker yesterday in response to Francis’ explosive, rage-filled drunken rant, explaining that this sort of behavior fits the evidence they were presented in court.

“It’s a little bizarre to have someone looking into a camera and suggesting you be shot, even if he has no idea what I look like since he never showed up at the trial,” wrote the juror, who requested anonymity. “If anything, it reaffirms the decision we came to — unanimously, of course, after only about a day and half of deliberations — as one of the charges was directly related to the vague (and no so vague) threats he made against the victim he assaulted to keep her from filing a police report.”

“I’m sorry Joe Francis didn’t like our decision, but I genuinely hope he takes this as a lesson that his actions do carry actual consequences — for him, for us, and most of all for the woman he assaulted.”

Francis is due to be sentenced in July.