Hollywood insider Lindy DeKoven gives readers a behind-the-scenes look at the life of a woman in the Hollywood boys’ club.

Related story Red Hot Book of the Week: Kristan Higgins' Waiting on You
Sexism and power in Hollywood 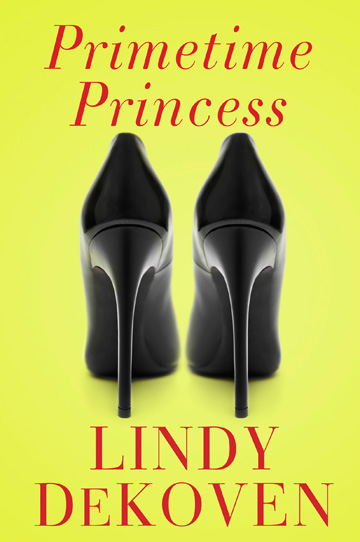 Alexa Ross is a woman in a man’s world. Vice president of comedy development, she is one of the only women with any real power at HBS television network. In order to get where she is, Alexa has put up with a lot of grief from men in her workplace.

On good days it’s just the other executives — all men, of course — who may or may not stop talking about objectification of women when she walks into the room and who don’t always shut the door to the executive bathroom. On bad days, well, no days could really be as bad as those she spent when she was just starting out, working for a major sleazeball named Jerry Kellner.

Kellner was a serious creep. He used Alexa to run his errands, subjected her to repeated sexual harassment and didn’t even have the decency to promote her. At least he’s finally been fired, after being reported by his current assistant. Unfortunately, it turns out that Jerry is related to the man who owns the network, and Alexa’s boss wants to find him a job. A job with Alexa.

Now going to work every day is akin to heading to a battlefield. Jerry isn’t much happier reporting to Alexa than Alexa is having to work with him. When both Alexa and Jerry go after the same promotion, the situation devolves even further and Alexa is pushed to a breaking point. Not even her lovely new boyfriend can help her now.

Dressing for future success: Getting that promotion or raise >>

Primetime Princess is a behind-the-scenes look at the television industry, and an intriguing story of feminism and overcoming personal and institutional sexism.

About the author, Lindy DeKoven

The reason DeKoven can write so knowledgeably about the television world is that she has spent much time there herself. DeKoven has produced shows and made-for-TV movies for ABC, CBS, The CW, NBC and The WB. She also served for a time as Executive Vice President of NBC Entertainment and NBC Productions, the only woman at a broadcast network with the power to green-light movies and miniseries when she first entered the world of network executives.

Must-read: How to be a Woman by Caitlin Moran >>