Janet Jackson is now officially the richest member of the Jackson family. After her long career, how did she finally hit the billionaires club? 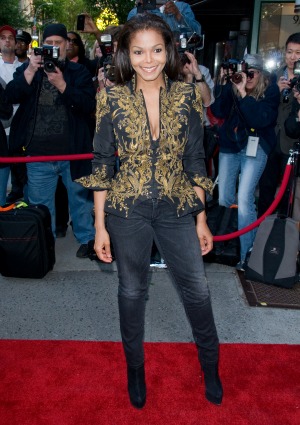 Janet Jackson is on a fabulous “Escapade” — one that most of us can only dream of.

The singer-actress has become the newest member of a very exclusive club, joining Oprah Winfrey, Steven Spielberg, and Harry Potter author J.K. Rowling from the entertainment ranks as a billionaire.

According to Variety, the 47-year-old performer has earned $458 million from her wildly successful concert tours, $304 million from films, $260 million in album sales, and $81 million from licensing fees and tour sponsorships, totaling a whopping $1.103 billion.

Not only has she hit the big time on her own accord, she has a husband with an equal net worth. Jackson announced her marriage to 37-year-old Qatari billionaire Wissam Al Mana in February, revealing the pair got hitched in 2012.

“Last year we were married in a quiet, private and beautiful ceremony,” she told Entertainment Tonight. “Our wedding gifts to one another were contributions to our respective favorite children’s charities. We would appreciate that our privacy is respected and that we are allowed this time for celebration and joy.”

This is Jackson’s third marriage. Her first, to R&B singer James DeBarge, was annulled in 1985. Her second, to Rene Elizondo, was kept hidden from the public until the couple split in 2000, costing the performer $15 million in cash and an $8 million Malibu home — money that, in the grand scheme of her net worth, seems to be barely a drop in the bucket.

Janet — who tops PETA’s naughty list — is the wealthiest member of the Jackson clan, with earnings topping even that of her deceased brother Michael, whose estate is now worth a reported $600 million.