Think Norma Bates was a crazy mom? We have a list of the top psycho moms to watch this summer to satisfy your tantrum-throwing, emotionally abusive, and manipulative mom craving. 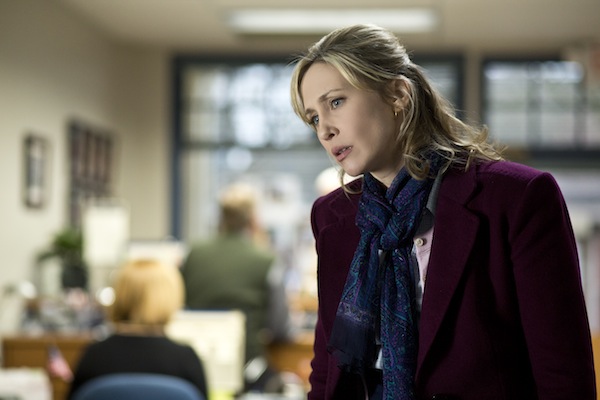 After a dramatic season of temper tantrums, purse throwing, murder, and a wildly inappropriate relationship with her son, Norma Bates will be on hiatus until 2014. For all of you sad fans who will miss the mama drama, SheKnows has provided the ultimate crazy mom fix. We’ve compiled a list a some of the most dysfunctional moms you can watch on TV until Bates Motel returns next year. 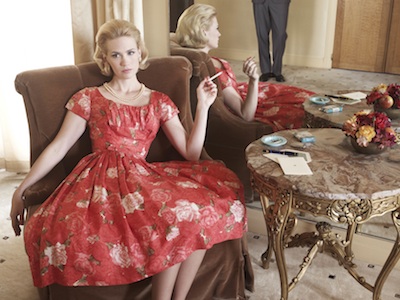 This Mad Men beauty seems to be one bad mood away from ripping her children’s heads off. Even Jones herself has called the character “straight up crazy.” Betty’s parenting approach can be described as frigid, distant, and in a constant state of annoyance. She’s been known to tell her children to “go bang your head against the wall,” and talk about how fat her daughter is. She’s also had a few Mommy Dearest moments, like when she force-fed Sally sweet potatoes at Thanksgiving dinner, or when she busted out the shotgun and started shooting birds for no reason. But it’s her soft-spoken and emotionally reserved demeanor that really separates her from the other crazy moms on TV. 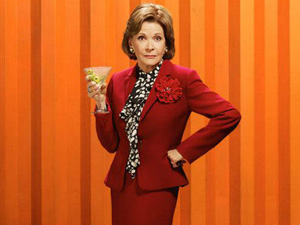 Oh, it’s been awhile, but this wonderfully crazy mother from Arrested Development is finally back on Netflix in May! This matriarch of the Bluth family has mastered bad mom skills by being manipulative, demeaning, narcissistic, and playing favorites with her children. She has completely stunted Buster’s emotional growth by never allowing him to leave the nest and is definitely to blame for Lindsay’s weight obsession and marriage to a deeply closeted gay man. In addition, she’s a fan of abusing prescription drugs, alcohol, and plastic surgery. But she does everything with such flair, grace, and intimidation that you can’t help but want to see more of her. 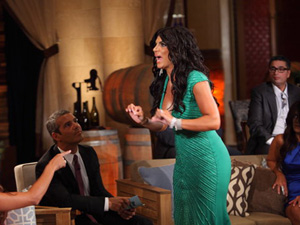 This was a tough choice, but when it comes to crazy moms on a reality TV show, few women stand out as loudly and full of sequins as The Real Housewives of New Jersey’s Teresa Guidice. During the course of the series, Teresa has gone from fun-loving mom of four to being hated by all her cast mates. Often called “crazy” and “delusional,” Teresa has been known to lose her temper at the drop of a dime. She even famously tossed a table at a classy dinner while spitting out some pretty nasty words. There’s rarely an event where Teresa does not wind up red-faced, screaming incoherent sentences, and calling someone a “whore” or “stripper.” Rumor has it she’s ready to bury the hatchet, but for entertainment sake we hope her wild antics continue in Season 5 this summer. 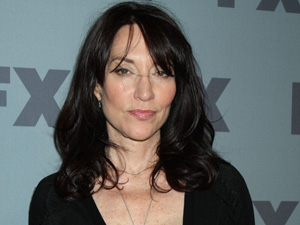 Sons of Anarchy’s Gemma is by far the most conniving, devious, and devoted crazy mother there is on TV. She will stop at nothing to keep her son Jax from leaving their beloved motorcycle club, even if it means ruining his family. She’s been known to lie, cheat, steal and kidnap to make sure Jax is protected from the law and the club. Aside from continually trying to break up his relationship, Gemma’s quite the partier and has a taste from rough and tough bad boys. She also has acquired a bit of a drug problem and even caused a car accident that injured her grandson because she was high. Her craziest attribute may be causing and/or covering up the untimely death of Jax’s father. That’s a bad mama.