In the Nashville Season 1 finale called “I’ll Never Get Out of This World Alive,” nearly every character suffers through some sort of tragedy, but two characters might actually end up happier than ever. 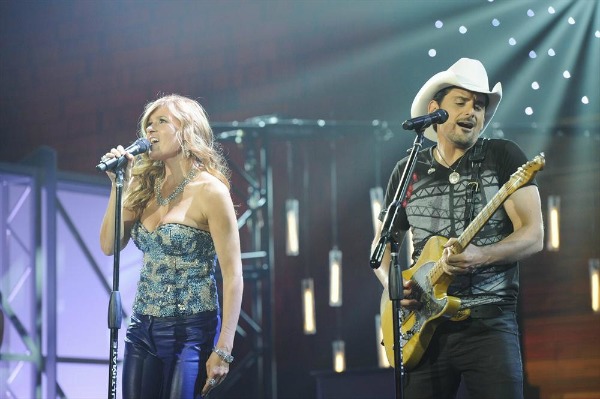 This Nashville finale certainly put everyone (including me) through an emotional wringer. It seems like pretty much every character went through a terrible trauma or tragedy before it was all over.

First up, there was the Rayna (Connie Britton), Deacon (Charles Esten), Maddie (Lennon Stella) and Teddy (Eric Close) fiasco. I always had a feeling that part of the reason they never told Deacon the truth was to protect him, as well as Maddie of course. If there was any doubt that they probably made the right choice, it was proven when the first thing Deacon did upon hearing the news was to go on a drinking binge. Yes, I’m sure a lot of that was based on the hurt of being lied to for all those years, but knowing how messed up he was back then, do we know for sure that it might not have caused a hiccup on his way to recovery? Especially since it sounds like Rayna and Teddy were going to raise Maddie no matter what?

I have to say that I was really moved by Juliette (Hayden Panettiere) in this episode. Except for one little meltdown backstage, she pretty much kept it together through her tragedy, which was quite impressive. I was a little surprised that it took her mother’s letter for her to realize the truth about what happened. I assumed that she’d automatically know her mother did what she did to protect her daughter’s reputation, but I guess that would’ve been hard to deduce without all the facts. To know that her mother did that for her is probably going to haunt her and, as always, I’m left wondering how she’ll continue to react to all this next season.

Man, they did not make things easy on Scarlett (Clare Bowen) in this one, or all of this season for that matter. First she’s with Avery (Jonathan Jackson) and everything is fine until her career starts to take off. Then he behaves like a jerk and she finds the wonderfully sweet Gunnar (Sam Palladio) who sweeps her off her feet. Then he suffers a tragedy and becomes an outlaw (and jerk) and there’s Avery again, acting sweeter than ever before. The problem for me is I don’t know who to root for because I really like both characters and I honestly could see her with either one. But seeing as how it was Gunnar who proposed, I think I’m rooting for him at the moment.

Considering the fact that this show just killed off two characters in the last episode, I was waiting for something big to happen in the finale. As it got closer and closer to the end, I kept wondering to myself where the fireworks were and then we got to the scene with Rayna driving Deacon’s car while he screamed at her from the passenger seat. I knew the crash was coming but it still was a bit shocking when they started flipping. Now the question is how badly will they be hurt and will the accident possibly bring them back together again next season or drive them farther apart? 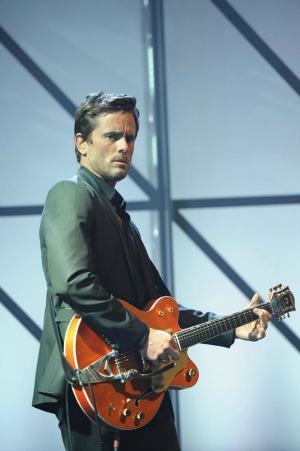 Gunnar walking in on Will and a girl. Awkward.

“Tell me you haven’t been lying to me every moment of the last 13 years.”

“I’d say the fact that you can’t remember is exactly how it’s possible.”

Scarlett and Avery singing a song together.

Gunnar walking in on Avery and Scarlett singing a song together. It’s been an awkward day for him, hasn’t it?

Juliette’s entire speech to her mother. That broke my heart.

“You promised me that I wouldn’t lose her. I’m promising you the same thing.”

Literally groaning out loud when Deacon took that drink. And again when he asked for another.

Poor Gunnar looking for help with Deacon and ending up having to call Scarlett to get Deacon some help instead.

“You don’t have to babysit me.”
“You sure about that?”

“She wasn’t perfect. In fact, she was kind of a mess, but she was my mess.”

Crying a bit when Juliette dedicated her song to her mom.

What did you think of the Nashville finale? Do you think Scarlett will say yes? What do you think will happen to Deacon and Rayna?