Farrah Abraham has a new show on the way. After rumors circulated that the Teen Mom star is coming back to television, she confirmed the reports with a smiling tweet! 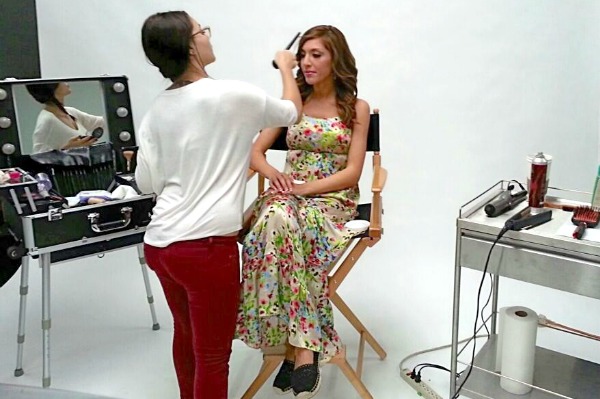 Farrah Abraham’s new show is officially in the works. The young woman who shot to reality television fame on MTV’s Teen Mom will soon be part of a “docu-soap” being put together by Spinboi Films.

Tuesday the sex-tape peddler confirmed the news via Twitter, writing, “Get ready for better TV 🙂 The News Is True.”

While signing a deal with Spinboi is likely good news for the 21-year-old — who seems to be seeking a life in the limelight — it remains to be seen if any networks will be interested in airing the drama caught on camera.

There’s rarely a dull moment in Abraham’s world. The mother of 4-year-old Sophia tweeted Wednesday, “It’s weird that my guy friends from school watched me having #sex @Vivid & then told me #ItWasHot.”

A few days earlier, she quoted a Bible verse, tweeting, “James 2:26 For as the body without the spirit is dead, so faith without works is dead also.”

Though Abraham and Spinboi’s owners have agreed to work together, their relationship is strictly business. After photos of the brunette out with a “mystery man” hit gossip sites, she tweeted to clarify, “There’s no mystery @SpinboiFilms Patrick is #Boss #Producer #NYC not my main man – maybe he can be a #matchmaker.”

Will you be watching Farrah Abraham’s new show?