Justin Bieber has found a way to control the gossiping in his inner circle. All of his guests must sign a non-disclosure agreement before entering his house. 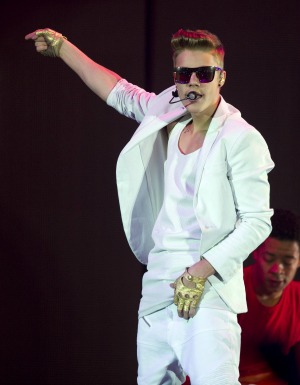 It’s tough being a rich and famous 19-year-old. That’s exactly what Justin Bieber is finding out lately. From being booed at the Billboard Music Awards to his girlfriend’s best friend publicly dissing him, it isn’t easy being the Biebs.

To gain more control of his personal life, the pop star is making visitors to his Calabasas, Calif., home sign a non-disclosure agreement before stepping in the door.

TMZ obtained a copy of the NDA, which releases the “Boyfriend” singer of any liability should anything happen to one of his guests.

The most intriguing part of the document is the fact that if anyone gossips about what happens behind closed doors, they will have to pay a hefty sum of $5 million. The NDA states that anyone who talks about the “physical health, or the philosophical, spiritual or other views or characteristics” about Bieber or his visitors on the property will have to pay up.

Not only does this include chatting with the tabloids, but social media is also a big no-no. Guests are not allowed to tweet, blog or Instagram a photo from the singer’s home. By signing the document, visitors also recognize that they should avoid any activities that are “potentially hazardous and [they] should not participate unless [they] are medically able and properly trained.”

Will Justin Bieber’s monkey end up in a zoo? >>

It sounds like Bieber’s parties are quite the events — especially when the NDA states there are risks like “minor injuries to catastrophic injuries, including death.”

Perhaps everyone should stay away from Chez Bieber. It sounds dangerous.

NDAs are not new in the entertainment business. It is quite common for celebrities to ask household employees or even their wedding guests to sign the secretive documents.