On Tuesday night, country singer Kellie Pickler went home as the winner of Season 16 of Dancing with the Stars. The finale was a close race between Pickler and 16-year-old Disney Channel star Zendaya. 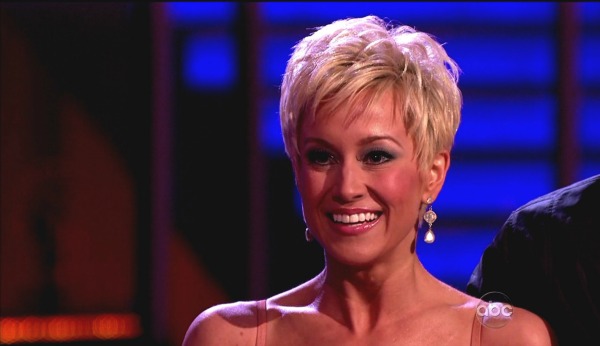 It was a long 10 weeks, but the winner was finally announced on Season 16 of ABC’s Dancing with the Stars. After a heated battle on the dance floor between country singer Kellie Pickler and Disney Channel star Zendaya, it was Pickler who went home with the coveted mirror ball trophy.

The season was marred with lots of controversy from fans who believed the 16-year-old came in with a dance background advantage. She has studied hip-hop for years and she dances on her show, Shake It Up! Forums were crowded with comments from viewers who claimed she was a ringer for ABC, which wanted to promote the young star because she is part of the network.

Pickler did not have a dance background, but she had a natural grace and flexibility that most trained dancers would envy. Paired with the show’s strongest choreographer, Derek Hough, she made a late run for the win after many assumed the teen would win.

Fun facts about Dancing with the Stars‘ final four >>

The final decision came down to Monday night’s freestyle dance, elaborately staged production numbers. Zendaya, with her partner, Val Chmerkovskiy, opted for a routine that highlighted a bit of hip-hop but more ballroom than one would expect for a finale dance. The production number also included a group of younger dancers who look up to Zendaya as a role model.

Pickler and Hough went a totally different direction in a stripped-down routine that was simply about the movement. The couple wowed the audience with breathtaking choreography versus a super-sized production number that is typical of the last show. The strategy worked because it stood out among all of the final contestants, including Olympic gymnast Aly Raisman and NFL player Jacoby Jones.

When the news was announced, a shocked Pickler gasped, “Oh my God! This is amazing! Oh my God!”

The teen graciously handled the loss by talking about the journey of her season. She said, “I’m very proud. I’m very happy and I get to leave here with an amazing experience, so I’m very happy.”

The two female finalists were perhaps the most talented the show has ever seen in its 16-season history. They each represented different aspects of dance, but the viewers were treated to more complex routines and technique than in seasons past.

One final issue did mar the season ending: voting. On Monday night, the ABC.com site went down while the live East Coast feed was airing. The network decided to not count the Internet votes and only use Facebook, AT&T customer texts and phone votes for the final tally. Whether this affected the younger contestants like Zendaya or Raisman is still being debated by fans.

Either way, the winner has been determined, with Pickler and Hough taking home the trophy. Zendaya and Chmerkovskiy placed second while Jones and his partner, Karina Smirnoff, came in third place. Raisman and Mark Ballas were eliminated in the first hour of the results show on Tuesday for a fourth-place finish.

Next season brings new changes to the aging show. ABC has eliminated the Tuesday results show in hopes that one jam-packed show on Monday night will draw more viewers to the dance competition series.